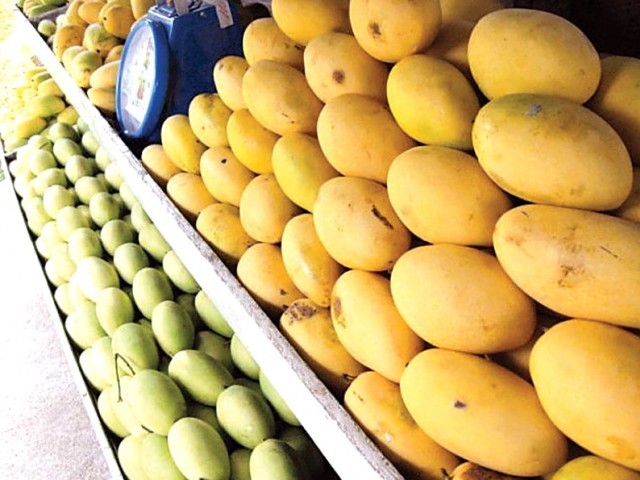 Pakistan is one of the largest producers of the ‘king of fruits’, with around 1.5 million tons of mangoes produced every year. PHOTO: FILE

ISLAMABAD: Pakistan’s mango sector has witnessed an overall increase in sales of $20.5 million since 2009, thanks to interventions by the United States Agency for International Development (USAID) Firms Project Mango Programme. The programme’s achievements were celebrated in the federal capital on Monday at the 3rd Annual Mango Conference 2013.

Pakistan is one of the largest producers of the ‘king of fruits’, with around 1.5 million tons of mangoes produced every year. But the country’s mango sector has historically struggled to reach out to the export market, said Farrukh Mehboob Khan, component leader of the USAID Firms Project’s Value Chain Development. Export supply chain constraints and lack of on-farm infrastructure for processing mangoes are some of the constraints holding back the country’s mango sector, he said.

Under the USAID’s Mango Programme, which began in August 2009, some mango farmers were assisted in improving yields, product quality and packaging practices through infrastructure and marketing support.

The programme helped 26 mango orchards receive the Global GAP certification required for exports to high-end markets, Khan said.  A total of 15 on-farm mango processing facilities have been established, he said, with around 2,500 jobs created and over 3,700 farmers trained in the process.

Consequently, a total on-farm and off-farm sales revenue of $20.5 million was generated in the three years. Sales revenue at the farm gate level went up by 75%, from $7.1 million in 2009 to $12.4 million in 2012, while total export revenues increased by $5.8 million during the same period, according to the programme’s fact sheet.

The programme has poured in financial assistance worth $5.83 million in the mango sector till date, and around $1.6 million of private investment has been mobilised through private partner farms.

Speaking on the occasion, Chief Guest Richard Olson, the US ambassador to Pakistan, said the US government remains focused on its partnership with Pakistani colleagues in strengthening the country’s private sector.