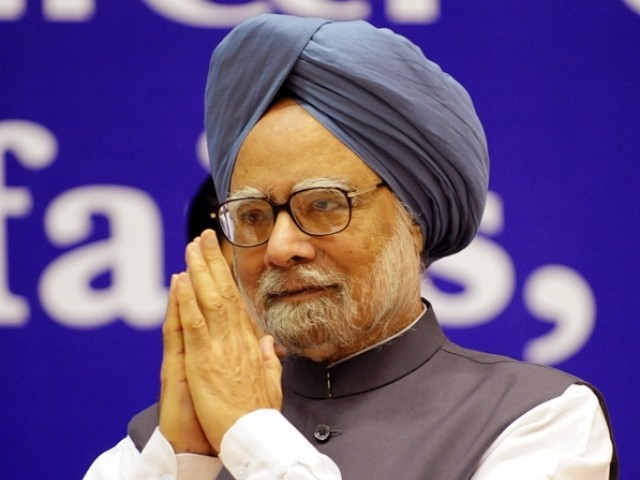 While the Indian government has started preparations for a meeting between Pakistani Prime Minister Nawaz Sharif and his Indian counterpart Manmohan Singh, Indian analysts doubt the meeting would pave way for the latter’s much-awaited visit to Pakistan.

The two leaders will meet on the sidelines of the UN General Assembly in New York in September, sources in India’s external affairs ministry told The Express Tribune. A confirmation to this effect was given to Nawaz’s special envoy Shaharyar M Khan, who was in Delhi earlier this week.

Analysts are divided as to whether the meeting is going to result in the revival of the composite dialogue process. It is also a matter of speculation as to what structure the dialogue would take and whether Premier Singh would visit Pakistan before the Indian elections 2014.

According to Major General Ashok K Mehta, the meeting was going to be the first step in breaking ice and creating an opportunity for the Indian premier to visit Pakistan sometimes in the future.

Mehta said Indian government would not keep dialogue hostage ‘to a lame duck government’.  “They’ve already said they are discussing whether a composite dialogue should be revived or it should be a subject by subject discussion on some issues. This is all the more urgent because of the post 2014 Afghanistan situation which India and Pakistan need to talk to each other,” he added.

However, Arvind Gupta and Sumita Kumar, experts at India’s Institute of Defence Studies and Analyses, were more cautious: “The relationship between the two countries had deteriorated recently, after the beheading of an Indian soldier by Pakistani troops and attacks on Indian prisoners in Pakistan.”

They said there was no progress on trial of 26/11 Mumbai terror attack suspects some of which “are freely roaming in Pakistan to date”.

They alleged that the Pakistani establishment’s link to this incident had made this trial complicated, adding that the public opinion in India had been inflamed at the intransigence of the Pakistani government.

“It must be noted, however, Nawaz Sharif has refrained from speaking about prosecuting the 26/11 perpetrators. Before elections he said he would examine allegations of ISI involvement in the 26/11 attacks and investigate Kargil. This is not going to be an easy task,” the two experts said.

The Indian side is opting for caution. Although the Indian PMO has confirmed the meeting days after Pakistan proposed the meeting.

In the context of India politics, internal, domestic perceptions of such a meeting will be more important than the international repercussions.

India’s Bharatiya Janata Party is waiting to see how Pakistan will engage India and whether to make this an election issue. Congress’s Singh-Gandhi team is also determined to avoid appearing defensive on foreign policy.

Nawaz Sharif’s special adviser Sartaj Aziz first came up with the proposal of a meeting when he met Indian foreign minister Salman Khurshid in Brunei.

How meetings would be structured is still being worked out.  Whether Singh will meet US President Barack Obama and when Nawaz and Singh would meet. However, this is being seen as a matter of detail.

At his Brunei meeting with Khurshid, Aziz had said that India must seize the initiative at the very top in Pakistan to improve relations as he renewed Nawaz’s invite for Singh to visit Pakistan. Khurshid had responded by saying that it was time now to show “specific steps’’ for forward movement in relations.