Umar Akmal says a more mature side of him will be on displa­y during the Caribb­ean tour.
By Web Desk
Published: July 6, 2013
Tweet Email 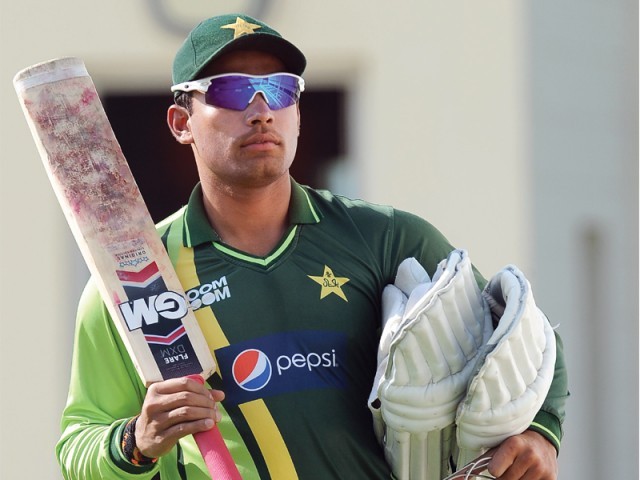 Umar Akmal has been entrusted with wicketkeeping duties during the upcoming tour for West Indies. PHOTO: FILE AFP

Pakistan national team batsman Umar Akmal, who was recalled to the national side for the West Indies tour with the additional responsibilities of keeping the stumps, says it will be a “tough ask,” reported EspnCricInfo.

“I’ve played a lot of cricket for Pakistan as a batsman and to be handed the responsibility of having to also keep wicket is a tough ask.”

But Akmal says he is ready to step outside of his comfort zone.

“Sometimes you have to do things outside your comfort zone in sport and, if the selectors, captain and coach want me to keep wicket then I am prepared to do that and to give it my best shot.”

The eccentric batsman has siblings such as Kamran Akmal who has kept wickets for Pakistan in all formats of the game for the better part of the last decade.  This is the reason why he says he focussed more on his batting than wicketkeeping.

“I’ve always enjoyed batting and fielding,” he says, adding that “bowling and wicketkeeping have never really been in my plans. We had enough wicketkeepers in our household and I was never needed as a keeper when we (Umar, Kamran and Adnan Akmal) practised as youngsters.”

On Thursday, when the teams were announced, coach Dav Whatmore explained the decision to entrust Akmal with the gloves. “Everybody had an opinion that to pick a side that can explore opportunities, we would need a wicketkeeper who is also a full-time batsman.”

“We will be working with Akmal to ensure he gets as much practice as he can to become a player who can fulfill both roles. We have seen this with South Africa, this is also what Rahul Dravid did for India years ago. So we need to understand what we are trying to achieve with this and we have to be patient after giving him a chance.”

For Akmal, missing out on the Champions Trophy was “disappointing” enough to reconsider how he approaches his batting. “The Champions Trophy snub was a kick in the groin. Whilst it was a setback, it also made me think about my approach to batting and the changes I needed to make as a batsman.”

“I think you’ll see a more mature Umar Akmal at the crease on the tour of the Caribbean and in the future. I don’t think there will be a total overhaul of my approach, style and shot selection, but there will be some changes.”