A minute with Steve Carell on being a ‘Despicable’ dad

A minute with Steve Carell on being a ‘Despicable’ dad

The actor talks about his family life and compar­es it to the film’s charac­ter.
By Reuters
Published: July 5, 2013
Tweet Email 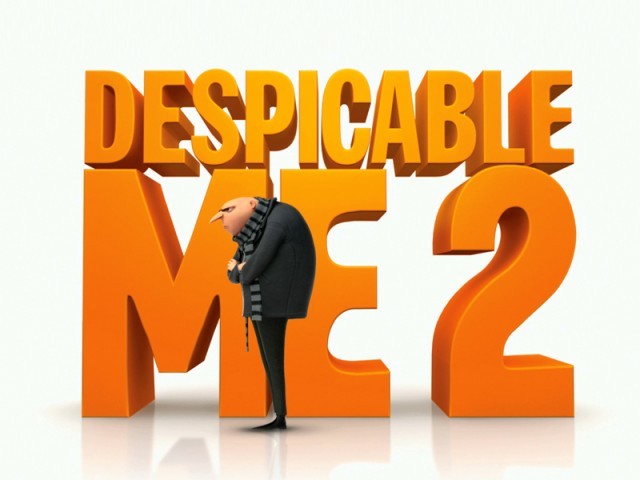 Carell says he has been doing some dramatic work, writing something and might eventually direct something. PHOTO: FILE

Steve Carell has inhabited many different roles, from a 40-year-old virgin, a bumbling office manager and a Vegas magician, but it is an evil villain in animated film Despicable Me 2 where he finds a close connection as a real-life dad.

Carell, 50, who appears again as Gru in Despicable Me 2, and as a dysfunctional dad in independent comedy The Way, Way Back, both out in theaters this week, is also exploring new challenges in his career with the hopes of more dramatic roles.

Now that he’s a dad, was there any fear that Gru wasn’t going to be quite as despicable as the first film?

I feel like you still see that dark side of him and when push comes to shove, he is an evil mastermind which he will always be. But he’s reformed so he can’t be that anymore because he has kids. His career has to change but his sense of self doesn’t.

Which part of Gru’s story did you relate to in this film?

I’ve been doing some more dramatic work, I’m writing something now and eventually I might direct something. I’ve got some other things in the fire, but that’s just to keep it interesting and exciting.

It’s interesting how this movie mirrors what a lot of parents go through when they have kids, because when you have kids, they become the focus. I know that became the case with my wife and I, almost at the expense of everything else, it became all about our kids. Which is fine, but within that, you can’t lose your sense of self, you can’t lose your career and what motivates you and what nourishes you.

You recently returned to The Office for the finale in May, was it difficult saying goodbye second time round?

I feel like I really said goodbye to it the first time. When I came back, it was primarily to honour the show and out of respect for all of my friends and the people who created it.  I just wanted it to be a simple tip of the hat to the show and not to take away from the goodbye and the farewell that all of those people were having, because I felt like I already had mine and I didn’t want to step on their moments.

Your upcoming film Anchorman 2 has been getting a lot of attention. How is it getting back into the suits?

It felt the same. The first time around, none of us knew what we were doing or whether it would be funny. It was just fun to do, it was ridiculous and we laughed until we cried every day.