Thirty-one per cent of all anomal­ies in childr­en of Pakist­ani origin could be attrib­uted to first-cousin marria­ges.
By AFP
Published: July 4, 2013
Tweet Email 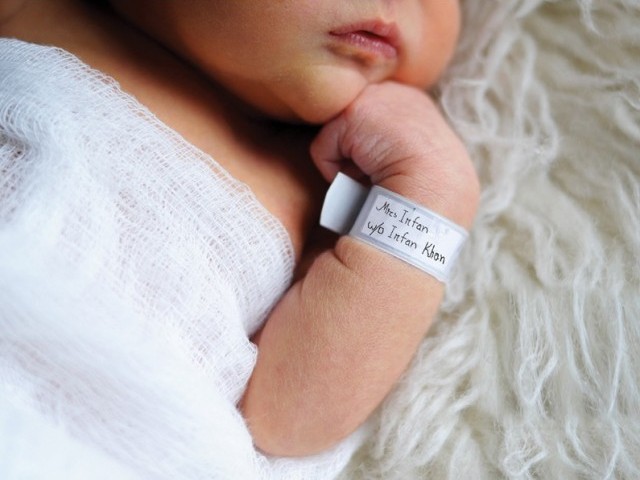 Thirty-one per cent of all anomalies in children of Pakistani origin could be attributed to first-cousin marriages. DESIGN: MUHAMMAD SUHAIB

PARIS: First cousins who marry run twice the risk of having a child with genetic abnormalities, according to the findings of a study in the English city of Bradford, published Friday in The Lancet.

The city, which has a high proportion of South Asian immigrants and their descendants among its population, served as a microcosm for examining the risk of blood relative couplings.

About 37 per cent of marriages among people of Pakistani origin in the study involved first cousins, compared to less than one per cent of “British unions”, said the researchers.

University of Leeds investigator Eamonn Sheridan led a team that pored over data from the “Born in Bradford” study, which tracks the health of 13,500 babies born at the city’s main hospital between 2007 and 2011.

Out of 11,396 babies for whom family details were known, 18 per cent were the offspring of first-cousin unions, mainly among people of Pakistani heritage.

A total of 386 babies – three per cent – were born with anomalies ranging from problems in the nervous, respiratory and digestive systems, to urinary and genital defects and cleft palates.

This Bradford rate was nearly twice the national average, said the study.

Other factors blamed for genetic flaws, such as alcohol consumption, smoking and social deprivation, can be ruled out, it said.

“Thirty-one per cent of all anomalies in children of Pakistani origin could be attributed to consanguinity” or marriage between first cousins, said the study.

The authors say theirs was the first study to delve into the causes of congenital abnormalities in a broad population.

Co-researcher Neil Small said that in absolute terms, the risk from consanguineous marriage was still small.

The study noted, in fact, that the risk was about the same as for older white British mothers – an age deemed to be 34 years and above.

Even so, “sensitive advice (about) avoidable risks” should be disseminated to communities and couples in consanguineous unions, he said. The findings should also inform health professionals in antenatal care and genetic testing.

The paper said 90 infant deaths a year among Pakistani mothers in England and Wales could be attributed to congenital anomalies.

Consanguinity is a deeply rooted social phenomenon, The Lancet noted.

“More than one billion people worldwide currently (live) in communities where consanguineous marriages are commonplace.”