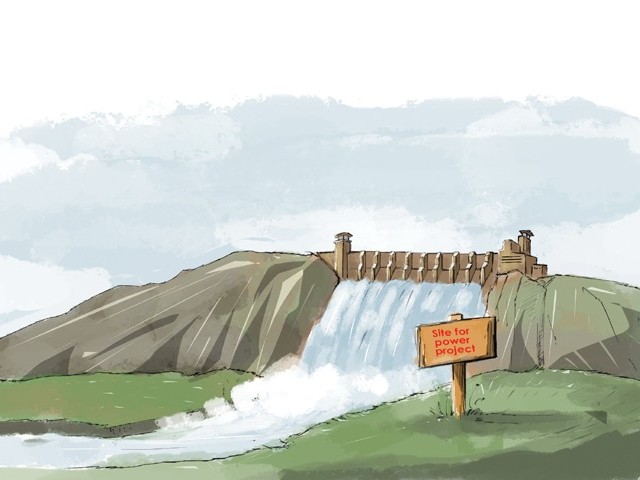 The highest project approval body is set to approve over Rs1.4 trillion worth of projects today (Thursday), including three nuclear power plants of 2,400 megawatts capacity which will be built in Karachi with Chinese assistance.

In total, six projects will be considered by the Executive Committee of National Economic Council (Ecnec) for approval, according to Planning Commission officials. The body is headed by Finance Minister Ishaq Dar.

All these projects have one thing in common – Chinese assistance – and are being approved at a time when Prime Minister Nawaz Sharif is in China to deepen economic relations with the world’s second largest economy.

The body will also consider the Pakistan Remote Sensing Satellite (PRSS) project for approval, which will also be established with Chinese support. The estimated cost of this project is Rs19.7 billion, including a Rs15.8 billion foreign loan component. For the current year, Rs631 million has been allocated for the project.

The satellite will be launched in 2015-16 and carry a high-resolution electro-optical payload with designed service life of five years, according to Suparco website.

Ecnec is expected to approve Karachi Coastal Power project, which is sponsored by the Pakistan Atomic Energy Commission (PAEC). The estimated cost of this 1,100MW nuclear power plant is Rs958.8 billion including Rs692 billion foreign loan.

This project will also be built with Chinese assistance. For the current year, the government has allocated Rs6 billion in the budget for land acquisition.

Karachi Nuclear Power Plant-I (Kanupp-I) and Kanupp-II may also be considered for approval by Ecnec. To keep these projects secret, the government has not added them in the meeting’s agenda, sources said. Kanupp-II will have 1,000MW power generation capacity.

The agreements for implementation of these two projects were signed during the tenure of the PPP government, but later on they were put on hold indefinitely, sources said.

Ecnec is also taking up for approval the 969MW Neelum Jhelum Hydropower Project with revised cost estimates. Started with an estimated cost of Rs84 billion, the revised cost is now Rs274.9 billion, according to PC officials.

The cost increased due to delays, change in design and alleged commissions taken in procurement of machinery and equipment. This revised cost is based on rupee’s value at 86 per dollar. But now the rupee-dollar parity has crossed Rs100.

China had stopped processing a $448 million loan for this project due to reservations about two other projects – Safe City Islamabad and a communications project. But with the change in government in Pakistan, chances of finalisation of the loan have brightened as premier Sharif is expected to take up this matter with the Chinese authorities during his ongoing trip, sources said.

Ecnec will also consider for approval the Nandipur Power Plant of 425MW, which is another case of mismanagement by the last government. Against initial cost of Rs22 billion, the revised cost stands at Rs57.4 billion.

The government has added demurrage charges worth Rs1.7 billion to the cost that Chinese contractors will claim from Pakistan.