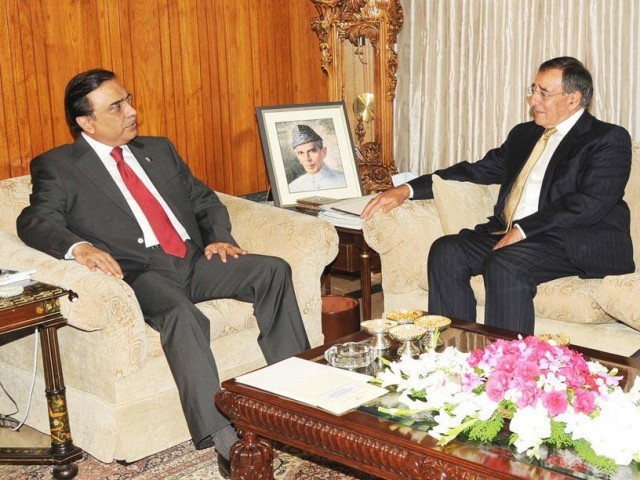 ISLAMABAD: American CIA Chief Leon Panetta here on Thursday agreed that the recent Nato intrusions in the tribal areas violated the UN mandate, but stopped short of giving any firm assurance that it would not happen in the future.

Pakistan already conveyed to the US-led forces in Afghanistan that it can no longer guarantee the security of Nato supplies after their recent border violations, which drew angry reaction from all quarters.

In a meeting with the CIA Chief, Prime Minister Gilani aired his government’s ‘profound concern’ over the increased drone attacks and Nato intrusions, saying such unilateral measures were making the battle against extremism unpopular in Pakistan.

A statement issued by the prime minister secretariat said the CIA chief assured Pakistan that the US will look into the recent incidents of border violations.

The issue of the latest alleged al-Qaeda plot to target parts of Europe also came up for discussion. Gilani asked the CIA chief to share intelligence about the latest plot, which western spy outfits claim was being planned in the North Waziristan Agency.

He urged the US and other European countries to share with Pakistan “credible and actionable” intelligence about the latest terror plot.

Pakistan will not allow its territory to be used against any other country, Gilani said, adding that actionable intelligence will enable the security forces to take decisive action against the militants.

President Zardari conveyed his strong reservations over the Nato violations and vowed to protect the country’s sovereignty. “Any violation of the internationally agreed principles is counter productive and unacceptable,” Zardari was quoted as saying by his spokesperson.

Musharraf will not return: PML-Q