Jaloza­i Camp for IDPs is home to tens of thousa­nds of people displa­ced from the tribal belt.
Published: June 28, 2013
Tweet Email 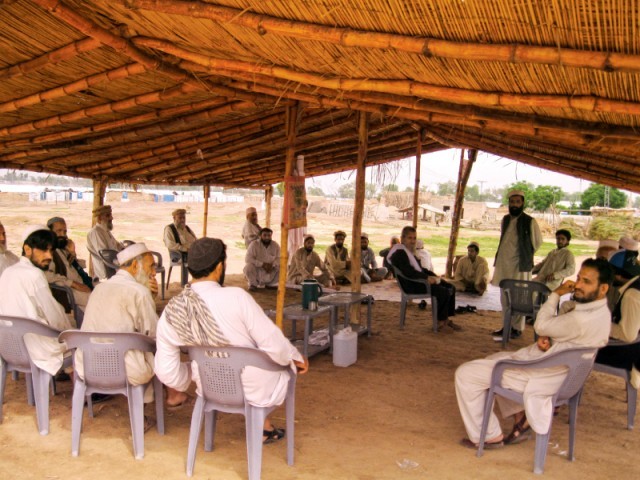 The announcement for closing down offices of aid groups have panicked those displaced. PHOTO: ASAD ZIA/EXPRESS

Both local and international aid organisations have been asked to close down their offices at the Jalozai Camp following threats of a terrorist attack.

Jalozai Camp for internally displaced persons (IDP) is home to tens of thousands of people displaced from the tribal belt, a stronghold of Taliban and al-Qaeda-linked militants.

Officials from the Provincial Disaster Management Authority (PDMA) told The Express Tribune that law enforcement agencies informed camp management on Tuesday that militants had planned to carry out an attack, specifically to target large gatherings.

“We received information from intelligence agencies about the threats to Jalozai,” said a PDMA official requesting anonymity. He added that as soon as the threat is averted, operations will be resumed.

The announcement for closing down offices of aid groups have panicked those displaced.  Residents of the camp fear they may face food scarcity if the organisations pull out.