Tragedy in Afghanistan, farce in Qatar

Tragedy in Afghanistan, farce in Qatar

The Americ­ans know they can’t win on the battle­field. An agreem­ent is their only hope, but will the Taliba­n conced­e?
By Michael Kugelman
Published: June 28, 2013
Tweet Email 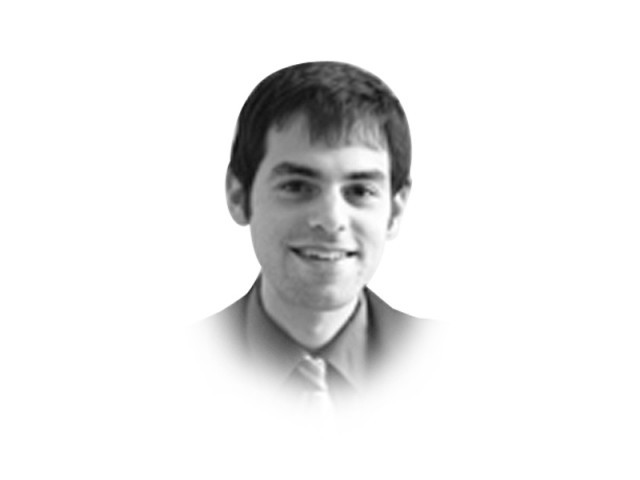 Michael Kugelman is the South Asia associate at the Woodrow Wilson International Centre for Scholars in Washington, DC. He tweets @MichaelKugelman

Karl Marx famously said that history repeats itself “first as tragedy, second as farce”. The war in Afghanistan has proven Marx wrong. Years from now, people will look back on this conflict and see that history can be both tragedy and farce, at the same time. Events in recent days vividly demonstrate why.

Let’s start with the farce. A Taliban office opened in Qatar to launch negotiations to end the war. The Taliban inaugurated the office with a flashy press conference and proceeded to cast itself as Afghanistan’s true government.

Kabul was furious and refused to send negotiators. Washington asked Doha to demand that the Taliban act more diplomatically. The Taliban refused. Talks were suspended — until the Americans claimed they were still on. But then, they were suspended again, indefinitely, even after the Taliban discarded its offending flags and banners. Yet, even with the Taliban now apparently uncommitted to talks, and with Kabul’s intentions unclear, Washington continues to speak about restarting negotiations.

If there’s any hope of salvaging the talks, Kabul must fully commit to participating. Unfortunately, prospects are grim. The government with arguably the most compelling interest in securing Kabul’s buy-in, Washington, is rapidly losing credibility with the Afghans. And the government with the most credibility with both Kabul and the Afghan political opposition, New Delhi, is exceedingly hesitant to endorse talks with the Taliban.

So, this leaves Pakistan. Can the country that, reportedly, helped bring the Taliban to Doha get Kabul to fully commit as well? And can it reduce intra-Afghan hostility to talks by engaging the Northern Alliance and other opposition groups? Does it even want to do so? Given the sorry state of Af-Pak relations, I doubt it.

What can we expect from any talks? Not much. Both the US and the Taliban are making unrealistic demands (the Taliban won’t accept Afghanistan’s constitution any time soon, and there’s no way every single foreign troop will immediately leave Afghanistan). There could be an agreement on prisoner swaps (involving captive US soldier Bowe Bergdahl and Taliban prisoners at Guantanamo). But not necessarily.

At any rate, the Taliban have an edge. If they start talks with Washington, the US will be on the defensive which, for the Americans, violates a cardinal rule of negotiations 101: one should only negotiate when in a position of strength.

The Americans don’t hold any semblance of an upper hand. Rather, they’re desperate. They know they can’t win on the battlefield and that their modest stabilisation achievements are in jeopardy now that security responsibilities have been fully transferred to the Afghans. An agreement is their only hope.

And yet, such an accord will remain elusive, particularly if Kabul is not on board. Some reports say Hamid Karzai would prefer to defer talks until after next year’s election.

This brings us to the tragedy element of the war.

Little has been heard of the views of ordinary Afghans — those most affected by negotiations with the Taliban. It’s safe to say many are infuriated with, and terrified by, the notion of talks with the group. It is them, after all, who suffered the horrors of the Taliban rule and who could face fresh horrors if talks empower the Taliban.

Time for military action against the terrorists is now