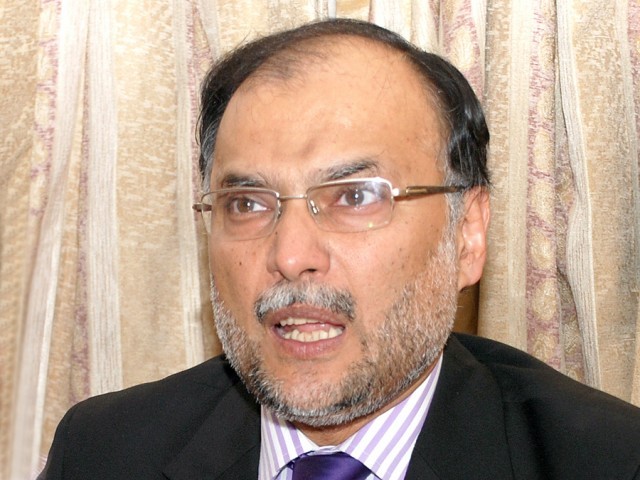 ISLAMABAD: Minister for Planning and Development Ahsan Iqbal said on Thursday that the government will promote microfinance for entrepreneurs and small businesses for eliminating poverty and achieve prosperity.

Iqbal said that two-thirds of Pakistan’s population was living below the poverty line or earning less than $2 a day. “The government was determined to alleviate poverty by promoting microfinance specifically targeted at women entrepreneurs for socioeconomic prosperity of the country,” said Iqbal.

He added that the government had taken various steps for the revival of the national economy and to generate resources and revenue to achieve economic self-reliance. It had also adopted austerity measures to check non-developmental expenditures and promote financial discipline in the country.

The planning and development minister lamented that the tax-to-GDP ratio of Pakistan stood at 9%, which was the lowest compared to regional countries.

“If we want prosperity and economic self-reliance, we will have to increase our tax-to-GDP ratio to 20%.”

Energy mix: Seminar on the potential of green energy held