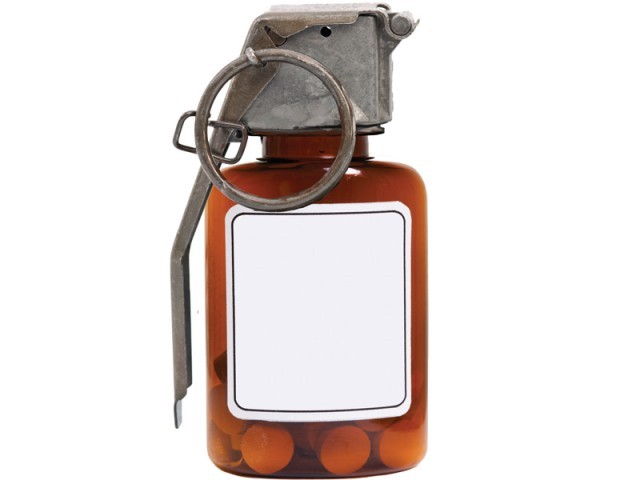 The country’s healthcare system continues to pay a heavy price for the destruction caused by terrorism. DESIGN: AMNA IQBAL

KARACHI: “There was a loud explosion. Dust clouded our vision. The only sound that could be heard was screaming of grieving sisters and mothers of the girls who had been killed on the bus a few hours ago. We started running blindly, in the first direction that our instinct guided us to,” recalled 29-year-old Ahsan Tabassum, a health official in Quetta who had come to retrieve the body of his deceased female relative at the Bolan Medical Complex on that ill-fated Saturday afternoon.

The casualties of each terrorist attack include an already fragile public health system. The recent carnage in Quetta was no exception.

Around 9:00pm that evening, TV channels announced that the security situation was under control. Five hours and 25 human lives later, the ordeal was finally over for the rest of the world.

But for most hospitals, rescue teams, doctors and medical staff, that is when the real challenge begins. There is still charred flesh that needs dressing and broken limbs that need surgery. And all this costs human resource and money.

Medical teams in Pakistan have witnessed unusual circumstances in the past few years due to the on-going wave of terror in the country.

For most public hospitals, the problems begin with lack of co-ordination at the blast site.

According to Seemin Jamali, ex-deputy executive director at Jinnah Postgraduate Medical Hospital (JPMC), the lack of direction at the blast sites forces ambulance drivers to act as leaders and take crucial decisions such as which hospitals the wounded and dead need to be transferred to. The politicisation of ambulance services further adds to the problem and results in an uneven burden between different hospitals, with some packed to capacity and others under-utilised. The absence of a central monitoring team for crisis situations further exacerbates the confusion.

The medical staff in public hospitals works in unusually dangerous conditions with hospital sites being a frequent target of violence. The hospitals are accessible for everyone, including prisoners and criminals, which increases the probability of security pilferage. The bomb blast that took place in the JMPC parking area in 2010, claiming 12 lives and the recent attack on the Bolan Medical Complex are prime examples of hospitals and medical personnel coming in the line of fire.

Yet, they are not given due recognition or incentives.

Qualified medical personnel are continuously leaving the country due to the increased security risks for health professional in the country.

Impact on the health system

“If every now and then a hospital has to declare an emergency, normal health care is compromised. If resources continue to be stretched like this, the health care system of the country will soon collapse,” said Kaiser Bengali, an economist and policy adviser

Dr Sania Nishtar, founder of Heartfile, an NGO think-tank, said that “Not only should the government take drastic measures to curb terrorism but also shoulder the responsibility for the victims until the problem is solved,” she said.

According to rough estimates, a middle order injury (eg, a fracture) costs a hospital Rs2,000-Rs3,000 on treatment with the patient being discharged immediately.

A serious injury on the other hand can cost the hospital anything ranging from Rs30,000 to Rs100,000 depending on the nature of the injury, and usually requires a 3-7 day admission in the hospital.

The Accidents and Emergency Department at the Lady Reading Hospital in Peshawar, another city which has been the prime target of terrorism-related incidents, registers nearly 1,500-2,000 patients every day and provides free of cost medical services and supplies to patients. Many of these are terrorism-related patients.

“Terrorism is an additional burden for a public health system that is already in a shambles,” said Dr Shershah Syed, a leading physician and surgeon.

Dr Jamali revealed that the money allotted to the emergency department ranged from Rs12-13 lakh per year, while the actual expenditure was twice or thrice the amount and was met through donations.

“The order should be the seriously injured first, walk-in patients next and the dead at the end,” emphasized Jamali. This order is rarely followed.

Once patients are brought into the emergency room, a quick triage is carried out to determine the nature of care needed. Coloured triage tags are used to identify the order and priority of emergency treatment needed, with red used for the seriously wounded, yellow for the middle-order injuries, green for the minor ones and black signalling the dead. However, not every public hospital has the resources or training to perform a systematic triage. For example, patient injuries at Civil Hospital, Karachi are manually assessed and directed to relevant departments due to lack of a proper mechanism.