China asks Pakistan to guarantee safety of its citizens

China asks Pakistan to guarantee safety of its citizens 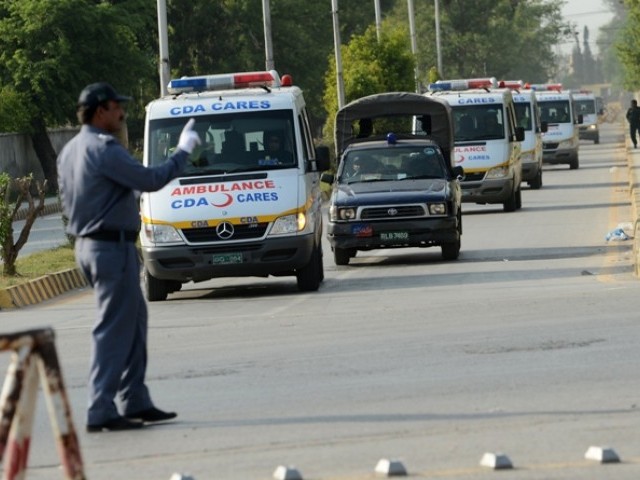 Pakistani police escort ambulances carrying the coffins of foreign tourists as they come out from Chaklala air base in Rawalpindi on June 23, 2013. PHOTO: AFP

China on Sunday asked the Pakistani government to “guarantee the safety and legitimate rights of Chinese citizens in Pakistan” as it condemned the attack on foreign tourists in Gilgit-Baltistan, Chinese news agency Xinhua reported.

In a pre-dawn attack, gunmen dressed as paramilitary forces killed nine foreign tourists in an unprecedented attack in Gilgit-Baltistan. At least three Chinese and five Ukrainian climbers were killed in the attack on the base camp.

“The Foreign Ministry on Sunday strongly condemned a violent attack…that resulted in 11 deaths, including those of several Chinese tourists,” Xinhua reported.

The Chinese news report claimed only two Chinese nationals were killed in the incident.

The embassy further requested Pakistan to make all efforts to take care of the survivors, apprehend the gunmen behind the attack and guarantee the safety of Chinese citizens in Pakistan.