Attack on foreign tourists is attack on Pakistan: Nisar

Attack on foreign tourists is attack on Pakistan: Nisar 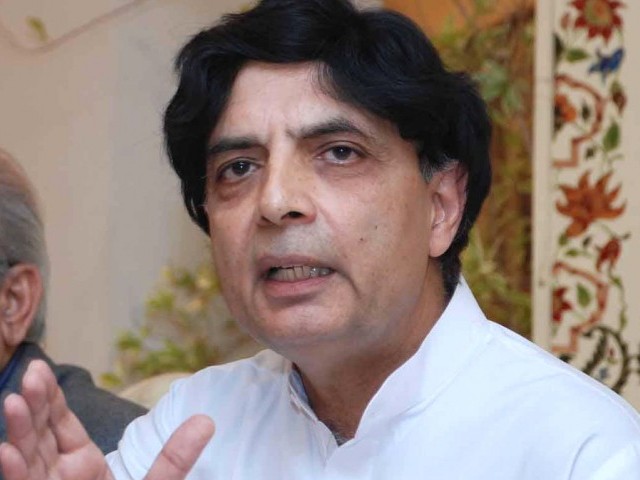 ISLAMABAD: Calling the attack on foreign tourists in Gilgit-Baltistan an attack on Pakistan, Interior Minister Chaudhry Nisar Ali Khan said the visitors should be monitored from the moment they land in Pakistan.

Nisar was speaking during a National Assembly session on Sunday.

Late Saturday night, five Ukrainians, three Chinese, a Russian and their guide were killed in an attack in a remote resort area near the base camp for the snow-covered Nanga Parbat mountain.

Condemning the incident, the interior minister said that all the institutions in the country are weak and have failed to prevent such attacks.

He further criticised the lack of accountability against irresponsible officials, whose failures lead to security lapses.

Nisar vowed to work beyond his responsibility to ensure security across the country.

He informed the parliamentarians that his ministry is working on a national security policy which will soon be presented in the National Assembly.

The interior minister said that the recommendations made by all the political parties will be accommodated to make it a comprehensive national policy.

The National Assembly also passed a resolution today, condemning the killing of the foreign tourists.