Mansoo­r Mujahi­d, of Seedli­ngs fame, was on drugs and allege­dly shot the victim twice.
By Our Correspondent
Published: June 23, 2013
Tweet Email 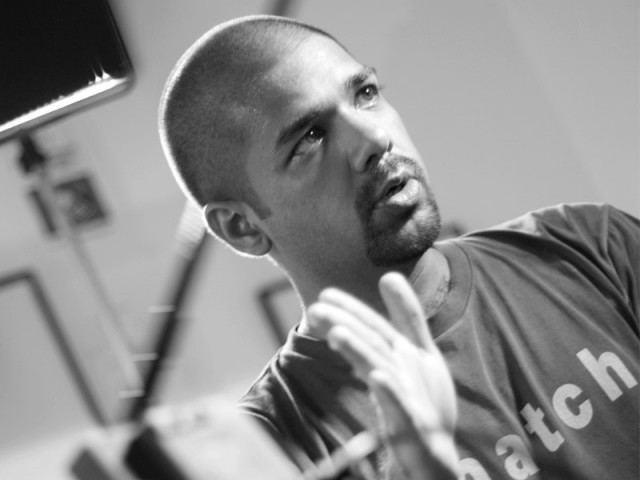 Mansoor Mujahid, an award-winning filmmaker of Seedlings [Lamha] fame, was arrested on Saturday along with his friend for his alleged involvement in the murder of a former banker in Clifton.

The 33-year old victim, Faisal Nabi, had gone to Mujahid’s apartment three days ago along with a friend, M*, who later contacted Clifton police about the incident and led to the two arrests, said Clifton SHO Kansan Deen.

According to the SHO, Nabi was killed on the night between June 19 and June 20 at Mujahid’s flat, which is located on the third floor of building No. 4-C, Zamzama Lane II. Later, Muhajid allegedly tried to burn the body by throwing acid to prevent his identification. “The body was wrapped in a white cloth and then dumped outside Sun Rise Apartments in Clifton Block 2,” he said.

When M contacted the police, they raided the suspect’s house and arrested him along with a female friend, A*. They later recovered the body on the information they received from Mujahid.

“He [Mujahid] called his friend, Nabi, to his apartment for a party,” said investigation officer Inspector Saleem. “We have yet to ascertain what actually happened there but it is clear that the accused, Mujahid, had taken MDMA [ecstasy] pills and shot the victim twice in his head.” Saleem added that the murder weapon was a .22-bore imported pistol, which was recovered from Mujahid’s flat.

On the complaint of the victim’s brother-in-law, Nayal Khan, the police registered an FIR No. 192/2013 under section 302/34 for murder. This FIR nominated both Mujahid and A*. The police have also registered another FIR No. 192/2013 under section 13E A-1 against Mujahid for possessing an illegal weapon. “We have already registered two cases against Mujahid but we also have to add another section for attempting to hide the body after the murder,” said the investigation officer. “The investigations are nearly complete and now we only have to ascertain the actual motive.”

Nabi, father of two sons and a daughter, was currently unemployed but he used to work as a banker at HSBC Dubai and MCB Pakistan. Nabi’s brother-in-law was hopeful that the suspects will not be able to escape. Mujahid’s girlfriend and his mother are also accomplices as they helped him cover up the murder, said Amna Nabi, the deceased’s sister. “We don’t know the motive behind the murder but we are guessing that is was a matter of money,” she said.

Meanwhile, the police feel  they have done well. “We have solved the case within six hours,” said district South SSP Nasir Aftab. “Now, the investigators would produce him before a court on Monday.”

The police refused members of the media to meet the accused, who was being held at Clifton police station, saying it is against the law and it will compromise the case before it goes to the courts.

Mujahid, who graduated from Shaheed Zulfikar Ali Bhutto Institute of Science and Technology’s media sciences department in 2010, was a recent addition to the country’s new breed of filmmakers. With award-winning film Seedlings – whose Urdu title was ‘Lamha’ – to his credit, Mujahid has also been involved in making many cutting-edge documentaries, music videos and narrative works for television.

His colleagues and friends told The Express Tribune that he was not the kind of person to be involved in such a crime. “All these people were taking drugs and were not in their senses but Mujahid cannot have killed Nabi,” said a friend.