A large contin­gent of police, Ranger­s have gather­ed in and around the blast site while the main gate has been sealed.
By Web Desk
Published: June 22, 2013
Tweet Email 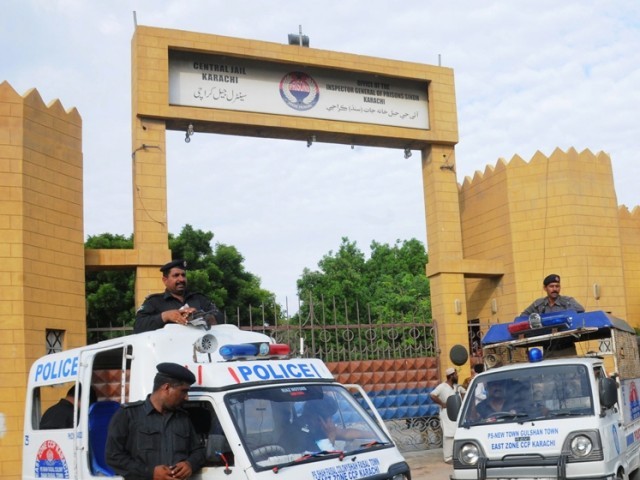 According to Express News correspondent Rehan Khan, unknown men lobbed two grenades into the central jail from a bridge that overlooks the prison. Police officials and jail officials confirmed that two grenade explosions took place and that they are currently collecting evidence.

IG Jail Nusrat Mangan said that one of the explosives fell outside his office while the other in a bush, though there was no loss of life. He added that guards fired at the assailants, prompting them to flee.

Khan said sources had confirmed that two policemen were injured in the attack and have been shifted to JPMC for treatment.

A large contingent of police and Rangers though gathered in and around the blast site, while bomb disposal squad has also reached the spot. Khan said that the main gate of the jail has been closed.

Central Jail has had threats of attacks for some time since they have as many as 22 prisoners belonging to banned militant groups, Khan said.

The jail also hosts a wing for women prisoners and a borstal for juvenile offenders.

Note: This is a developing story and will be updated accordingly.