The men were inspec­ting the site of an earlie­r IED blast when a second blast went off.
By AFP / Web Desk
Published: June 22, 2013
Tweet Email 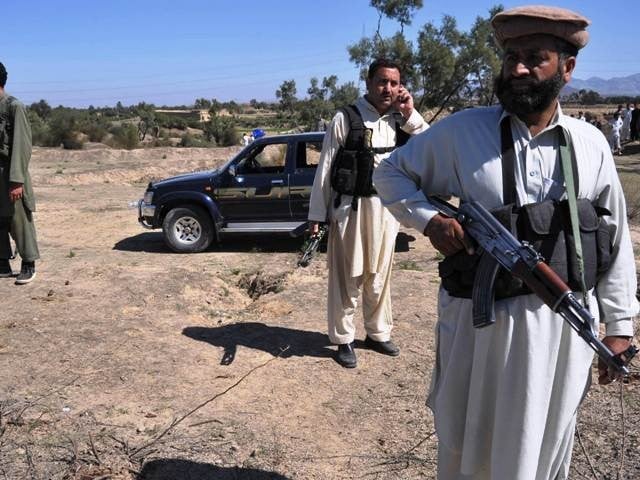 The men were inspecting the site of an earlier IED blast when a second blast went off. PHOTO: AFP/FILE

KHAR: A bomb explosion on Saturday killed two members of a pro-government militia in a tribal region near the Afghanistan border, officials said.

He said that the men were inspecting the site of an earlier IED blast when a second device went off.

A day earlier, militants armed with guns and rockets killed two members of the militia and wounded two policemen in Bajaur.

The attack came two days after about a dozen insurgents attacked the homes of two tribal elders near Khar and later killed them.