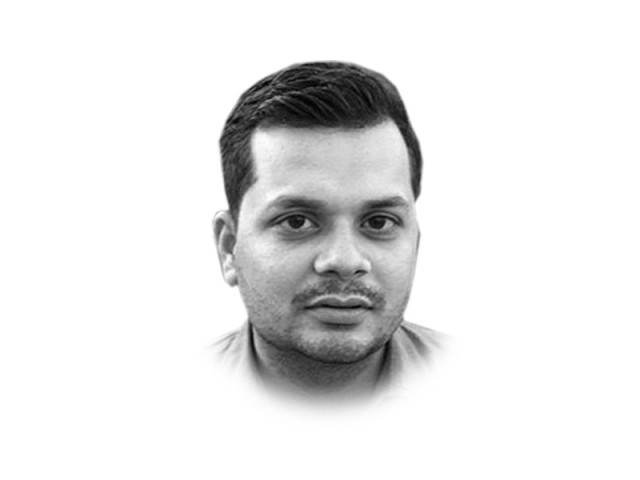 The writer is a journalist in Delhi. His work has appeared in The Christian Science Monitor, The New York Times International Weekly, The Friday Times, Rediff, Hindustan Times, among other publications. He is a member of the South Asian team blog Kafila.org and tweets @DilliDurAst

Unlike the ‘90s, it does not seem to be India’s position that Kashmir is not a central issue between India and Pakistan, or that it won’t negotiate with Pakistan about Kashmir. Pakistan doubts India’s intentions to actually talk Kashmir, but can it really blame India if events like 26/11 halt a peace process just when it picks up?

There are four possible solutions to Kashmir.

The first is a military solution. India is unlikely to use this, as India has not shown any interest in acquiring any part of the Jammu and Kashmir (J&K) state held by Pakistan. On the contrary, Indian leaders would be all too happy to convert the Line of Control into an international border. Pakistan has not only actively claimed the Indian-held J&K, it has used the military option to try and acquire it. The prize seems to be Indian-held Kashmir Valley, which Pakistan has tried to capture militarily in 1948, 1965, 1989 (by aiding a popular armed rebellion) and the 1999 Kargil incursion was also ultimately about the Kashmir Valley. Even though Kargil happened after the two countries went nuclear, those bombs have made negligible the likelihood of settling Kashmir by conventional war. Neither did the strategy of aiding a popular rebellion with arms and training yield any territory, though Pakistan has kept this option alive.

The second option, formalising status quo, favours India, because India loses nothing that it wants. Unable to win ‘loyalty’ from the people of the Kashmir Valley, India has no desire to rule over Mirpur or Gilgit, the way Pakistan wants to fly its flag in Srinagar. Any neutral observer will agree that turning the Line of Control into an international border and moving on would be a good idea; even many Pakistanis have asked if the price they have paid for wanting Kashmir has been worth it. But precisely because it has paid a huge price for Kashmir, simply letting go is not an option.

The third option shows greater maturity in realising that J&K is not a toy but a place with people and those people have paid a greater price for the conflict than have Indians or Pakistanis put together. This option is to hold a plebiscite with not two but three options: India, Pakistan and freedom. The numbers are stacked such that I think a majority of the people will choose to be free. The right to self-determination is a basic human right, but neither Pakistan nor India are likely to agree to letting go of the territory altogether.

The fourth is a win-win solution that can make Indians, Pakistanis, Kashmiris and non-Kashmiri residents of J&K happy. Not only is this possible, it has been discussed before. This is what has come to be known as the Four Point Formula. These four points are an open border, local autonomy, a joint mechanism to allow both sides of J&K to work on matters of common interest and demilitarisation. The seemingly simple idea is a radically new one. It amounts to working towards shared sovereignty. In other words, ‘Kashmir’ can belong to India, Pakistan and also itself, all at the same time.

While the European Union is an obvious example of the new way of thinking about borders, more pertinent for Kashmir is the South Tyrol province in northern Italy, which shares its sovereignty with Italy and Austria. Shared sovereignty as a solution to the J&K conflict is a practical idea, not a romantic one. What is romantic is the Indian hope that the Kashmiris will one day stop demanding azadi, or the Kashmiri idea that their azadi will drop like manna from heaven, or Pakistani wishful thinking that it will liberate Kashmir one day.

Whether or not the political and military leadership of India and Pakistan are ready for such a solution, the people of J&K, Pakistan and India must give it serious thought. General (retd) Pervez Musharraf and Manmohan Singh may not have been able to do it, but it is the only viable solution. We must all propagate the idea of “Sab ka Kashmir” as the key that will unlock peace in South Asia.