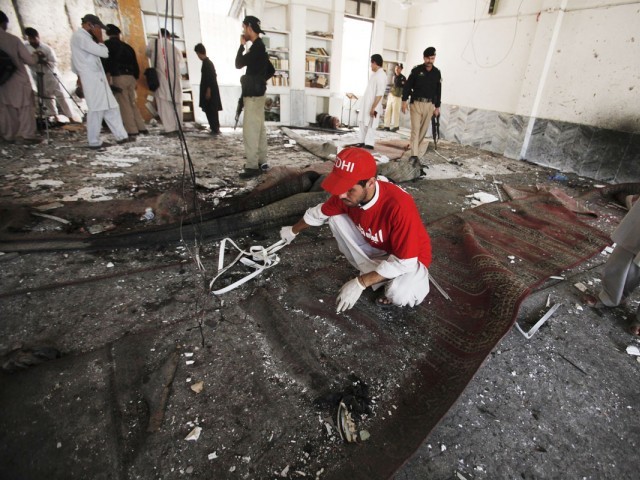 A rescue worker collects evidence from the site of a suicide bomb attack at a Shia mosque in Peshawar June 21. PHOTO: REUTERS

PESHAWAR: A suicide bomber blew himself up in Gulshan Colony, Peshawar, killing 15 and leaving 22 injured, Express News reported on Friday.

The madrassa has the capacity to hold up to 80 people. People inside the madrassa were preparing for Friday prayers at the time of the blast.

A rescue operation was conducted. The injured were shifted to a nearby local hospital and security forces sealed the affected areas.

The Bomb Disposal Squad said that the bomber’s vest was packed with six kilogrammes of explosives.

No one has claimed responsibility for the attack as yet.

The Jafri Alliance announced a three day mourning against the attack.