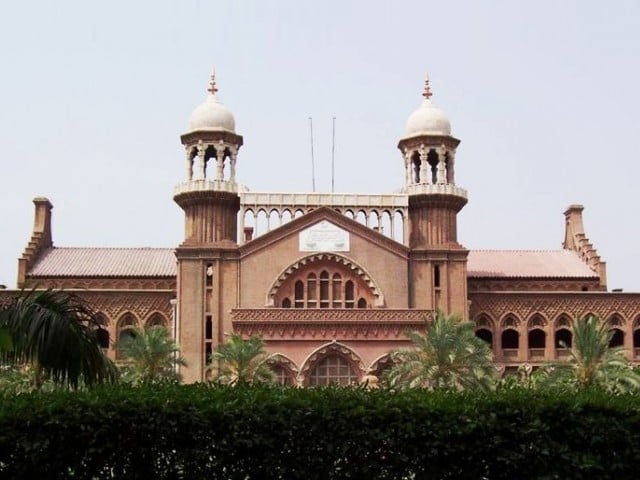 LAHORE: A division bench of the Lahore High Court on Wednesday confirmed the death sentence handed down to a blasphemy convict and ordered that he be hanged till death.

This is the second case of its kind in the country when the death sentence of a blasphemy accused has been confirmed by the LHC since inception of the blasphemy law.

An Additional District and Sessions Judge Lahore on May 27, 2002 had awarded Wajihul Hassan death sentence for allegedly uttering blasphemous remarks against the Holy Prophet Muhammad (pbuh) and other prophets. He was also accused of hurting religious sentiments of the complainant – Senior Advocate Muhammad Ismail Qureshi.

According to the complainant – Advocate Muhammad Ismail Qureshi – who had got Ahmadis declared non-Muslims by the Supreme Court, some unknown persons had been wiring him frequent letters carrying blasphemous remarks against the Holy Prophet (pbuh) and other prophets.

In the FIR he alleged that although the letters did not contain names of the senders, he was sure that Wajihul Hassan was behind these letters. He alleged that Wajihul Hassan was a Muslim but later converted to Christianity and was using derogatory remarks against the Holy Prophet (pbuh). The complainant could not produce any of these letters before the police and mentioned in the FIR that he had burnt all the six letters.

During the course of investigation, however, he handed over seven such letters to the authorities attributing them to accused Hassan. He also said that Nawaz Butt and Hassan are names of the same person.

During the trial, the complainant produced 10 prosecution witnesses to buttress his case against the accused. The witnesses said they had seen Hassan uttering blasphemous remarks.

Counsel for Hassan, Advocate Parvaiz Aslam Chaudhry, strongly rejected the prosecution story, saying that on the basis of extra-judicial confession of witnesses before the trial court, an accused could not be awarded death sentence.

He said by birth he is a Muslim and never converted to Christianity. He said the complainant deliberately named him as Murshad Masih to strengthen his stance but it was not his name. They intend to file an appeal against the LHC order before the Supreme Court.

Advocate Chaudhry claimed that the motive behind registration of FIR was that complainant Qureshi had a grudge against former Human Rights Commission of Pakistan (HRCP) chairperson Asma Jahangir.

Hassan and his father Safdar Hussain were employees at the office of Asma, he claimed, adding that Qureshi tried to use Hassan against Asma but over his refusal he implicated him in the case.

Human Rights Commission of Pakistan (HRCP) chairman told The Express Tribune that the commission was against the capital punishment at first place, adding that blasphemy laws have long been misused in Pakistan.

He said, “Blasphemy laws have always been controversial. People have been using them to penalise their opponents and minorities. HRCP and other organisations have long been demanding that the blasphemy law should be repealed”.

He said that this government was considering abolishing capital punishment but hasn’t implemented it yet.

Asma Jahangir denied having any link with accused Hassan. She said he never had been her employee.