Severa­l of their busine­ss associ­ates are also on trial in Milan.
By AFP
Published: June 19, 2013
Tweet Email 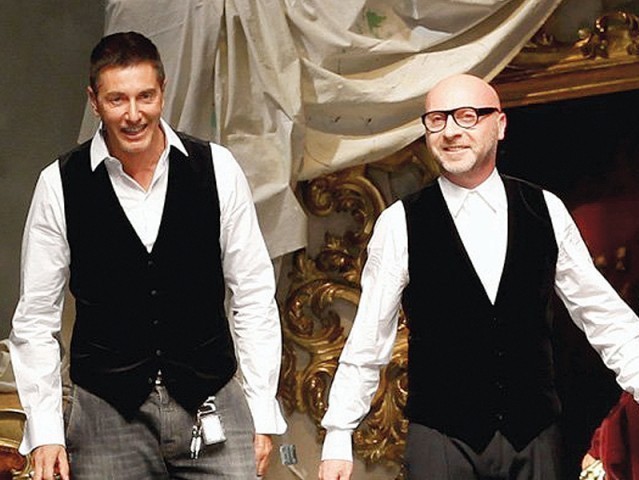 ROME: An Italian court on Wednesday sentenced fashion house duo Dolce & Gabbana to one year and eight months in prison for tax evasion of around one billion euros ($1.33 billion), according to media reports.

Domenico Dolce and Stefano Gabbana were found guilty of having transferred control of their brands to a shell company in Luxembourg in 2004 and 2005 to avoid paying Italian taxes.

Cash-strapped Italy has recently stepped up action on tax evasion, something that was also featuring high at this week’s Group of Eight meeting.

Dolce and Gabbana, who count pop singer Madonna and model Naomi Campbell among their clients and who draw inspiration from Italy’s “dolce vita” (sweet life) style of the 1950s, have denied the charges.

Several of their business associates are also on trial in Milan.

Separate to the criminal case, Italy’s Tax Commission slapped the stylists earlier this year with 343.4 million euros in fines for not declaring in Italy earnings related to Gado, current owner of the D&G and Dolce & Gabbana brands.

In 2000 the late opera singer Luciano Pavarotti paid more than $12 million in back taxes, while former MotoGP world champion Valentino Rossi agreed to pay $51 million to Italy’s tax agency in 2008.