In their silk threads, Parsi gara saris trace story of commerce, culture &amp; craft from the times of the British Raj. 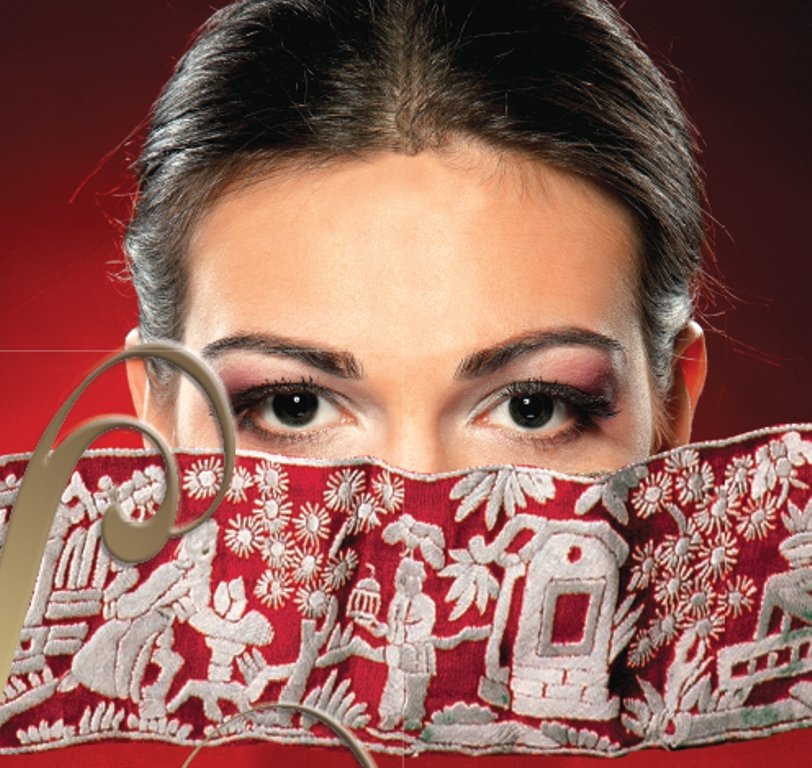 In their silk threads, the Parsi gara saris trace a story of commerce, culture and craft from the times of the British Raj in the Subcontinent.
Parsi girls become women the day they wear a sari. The sari perawanu or sari-wearing ceremony is a rite of passage. At the centre of the celebration are five married women who help the girl wear a gara or sari for the first time. They tie a small knot of rice, a symbol of fertility, into the corner of the pallu before sprinkling it with rose water. If tradition is identity, then what you wear is one of its clearest markers.

“The most distinctive item of Parsi women’s clothing from the third quarter of the nineteenth century was undoubtedly the gara,” write Shilpa Shah and Tulsi Vatsal in the introductory chapter of the book Peonies & Pagodas: Embroidered Parsi Textiles from the Tapi Collection (2010). The book traces the origins of the gara — imported from China into India by Parsis between 1830 and 1865 — and its reinvention in modern times. The history comes to life with oral accounts of how different Parsi families came to acquire garas. So for example, novelist Bapsi Sidhwa inherited three garas from her mother which she passed on to two of her daughters. “One of them is most unusual — it has coloured birds and flowers all over the purple sari and looks stunning,” she told the authors. The gara’s history is shrouded in mystery but it is generally believed to date to the Zoroastrian migration from Iran to India during the British rule in the Subcontinent. In the mid-1800s, Parsi merchants began trading in China. In his book, Indians in China (2005), Madhavi Thampi mentions how they were called baitouren or ‘whiteheads’ in the Chinese port of Canton because of their distinctive headgear. As the numbers of Parsi settlers in Canton grew, many of them were hired as middlemen by the East India Company.

Along with sending raw cotton to China, the Parsi traders of India also acted as a bridge for the silk brocades and embroidery from Chinese pherias or craftsmen, according to KE Eduljee of the Zoroastrian Heritage website. This aesthetic made its way on to the sari. One can only assume that the Chinese technique was copied in places such as Surat in India where there was a steady flow of Parsis from China. “Chinese-style embroidery was also used on other items of clothing such as jhablas (tunics) and ijars (pyjamas),” according to Peonies & Pagodas. Although initially worn by upper-class Parsi women, “over time these embroidered garments spread to other layers of Parsi society”.

This is how symbols of pagodas and pavilions and Chinamen came to form the resplendent borders of the garas. Eighty-two-year-old Nina Russi Wania, who lives in Karachi, inherited a Chinese-embroidered gara from her mother. “Earlier on, they were especially made for members of the family in India,” she told The Express Tribune, adding that the style was to wear them with white blouses.

As expected, the Indian craftsmen who copied the Chinese embroidery began to insert their own particular visual vocabulary. Demand for their work went up as local products were cheaper and it took too long for the orders to come in from China.

Since then India has come to be known as the epicentre for the Parsi gara. “[Gara embroidery] is very popular, mainly in cities like Mumbai, Delhi and Hyderabad,” Rayomand Maneckshaw of Revival Sarees told The Express Tribune over email from Mumbai. His company produces hand-embroidered saris with work so fine that it is almost impossible to distinguish the front from the back. Along with Maneckshaw, other designers such as Kersi Dubash of Nazakat Collections and Dinaz Phiroze Bhada, who custom designs garas, have also made a name in Parsi circles.

Although garas may have originated in India, they have travelled far and wide. Dr Don Johnson, a specialist on South Asian textiles, exhibited his collection, “Beyond Peacocks and Paisleys: Handcrafted Textiles of India and its Neighbours,” at the Goldstein Museum of Design, University of Minnesota, in 2011. Famous Mumbai researcher and teacher, the late Mani Kamerkar, played a major role in influencing his interest in Parsi textiles. “When Eleanor Zelliot, a retired professor of Indian history at Carleton College, was going to India, among other things, to see Mani, I asked her if she could ask Mani if it was possible to get some samples of Parsi embroidery,” Dr Johnson told The Express Tribune over email. He had met Mani during her visit to the Twin Cities several years earlier and she had been “highly impressed with the various South Asian things in [his] apartment.” Mani actually “hacked” off five pieces of gara embroidery from some of her old saris which Dr Johnson added to the display of his exhibition. Given how sought-after Indian garas are, business has been good for Indian designer Kersi Dubash who has been visiting Pakistan since 1996 to display his collections in cities such as Karachi, Lahore, Peshawar and Islamabad. When the news of his arrival breaks in the Parsi community of Karachi, women prepare to splurge on what they consider to be the best choice for any formal event.

For the December 2012 centenary celebrations of the Banu Mandal in Karachi, an association formed to help the poor, almost every Parsi woman was seen elegantly draped in her jewel-toned gara. Among them was Nina Russi Wania who wore the badam (almond) patterned, 100-year-old gara that was presented to her by Gulbai Nusserwanji Mehta, founder of the Karachi Zarthosti Banu Mandal. The heirloom was passed on to her after the demise of Mehta’s daughter.

With the passage of time, the Chinese-inspired gara technique has undergone major transformation. KE Eduljee mentions the karolia gara with its spidery flowers, the pink and yellow polka dotted Kanda-papeta (onions and potatoes) gara and the chakla-chakli gara, with the juxtaposed birds are some of the more popular designs today. And while traditional garas came in shades of magenta, royal blue, turquoise and red, trendy Parsis today prefer bold, black garas with matching coloured blouses.

Unlike original Parsi saris that were made on resham (silk), “embroidery is done today on crepe or preferably on georgette, using either satin stitch or French knots with silk threads,” explains Rayomand Maneckshaw. Dinaz Bhada adds that georgette is preferred today as the fabric is lighter and easier to carry. A classic gara is so heavy that it is a challenge to walk in it.

However, when it comes to motifs, much hasn’t changed. Birds continue to feature prominently, especially roosters. “They frequently appear in most of our designs as they are considered a symbol of light and help ward off evil,” says Bhada. Other birds include cranes, considered birds of paradise, sparrows and swallows. Roses, jasmine and chrysanthemums are also intricately woven, usually 30 of them to represent the 30 angels for each day of the month, according to the Zoroastrian Heritage site.

“The trend has veered towards textiles with ‘value-added’ surface ornamentation, particularly those worked on with embroidery,” writes Shipla Shah in the concluding chapter of Peonies & Pagodas, explaining how the gara has turned into a “new fashion classic must-have.”  Tracing the revival of the gara in India, she highlights the contribution made by the Ratan Tata Industrial Institute in Mumbai that provides services to repair and restore old saris. Furthermore, she credits Rayomand Maneckshaw’s work and that of Farzeen Daver-Boomla, daughter of the widely credited 1960s gara revivalist Naju Davar, who has expanded her business outside the community in Mumbai.

“You don’t have to be a Parsi to wear a gara,” says Bhada. The machine-stitched garas can range between Rs24,000 to Rs40,000 and can take up to 20 days to make. The hand-stitched ones come with a higher price tag. “A fully embroidered hand-stitched sari could cost more than Rs100,000, while crudely made copies can be made for a fraction of that price,” says Maneckshaw. Some heirlooms in Mumbai are worth up to Rs300,000 — a small price to pay for a timeless piece of art.

“Gara embroidery is an important part of our tradition and extends to our respect for embroidery from other cultures,” says textile revival expert Professor Shehnaz Ismail, the dean of design at the Indus Valley School of Art and Architecture in Karachi. She asserts that people still continue to make a living from this craft because of its profitable nature, although many are now engaging in replicating the designs via machine and computerised embroidery as it helps bring down the prices. “Gara embroidery is a sheer joy to look at and it is most certainly going to survive but shall likely cater to a very small niche.”


Wear it Parsi style:
If you buy a traditional gara, it’s best to wear it in the Parsi style to flaunt the embroidery in all its glory. Instead of bringing the end (the pallu) from behind and draping it over your blouse and torso, to hang in loose folds behind your left shoulder, bring it over the right shoulder and secure the folds to let it splay in the front. This way the front corner of the pallu will fall close to the hem.

Refrain from wearing jewellery that will draw attention away from the gara. A string of pearls to compliment the white embroidery, will more than suffice.

As the ‘old’ style of draping the pallu over the head exposed only the left ear, Parsis back then wore a single ‘chandelier’ earring. 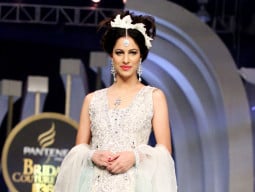 Cherishing diversity: In other rooms, other cultural wonders

A very well written piece, your facts were spot on. I'm proud to be parsi. I have subscribed to your RSS feed and hope to read more such articles.

I was looking for information on gara!!! Thank you so much for the research!

An awesome account of great legacy, really enjoyed this article.

An awesome account of great legacy, really enjoyed it.

In her article on the Parsi gara, Dilaira Mondegarian makes a glaring historical faux pas: the Zoroastrian migration to India was not during the British Raj but nearly a thousand years before that! However, the origin of the gara is related to the time when Parsis traded with China and that was during the Raj.

Saris were commonly worn in Pakistan till the 1980's.Infact when I visited Dr.Kazi's photo collection I was pleasantly surprised to see prominent women from all across Pakistan wearing this garment(Not just Bengali and Urdu-speaking women). However they gradually fell out of use as women started wearing the more practical shalwar-kammez. My Mother and aunts come into this category. Then during the 80's we embarked on the ill-advised adventure of Islamisation which led to these graceful garments being labeled Hindu and gradually discarded. However elderly ladies in Karachi still use it in their day to day wear.

Interesting .............. and very well researched. Some years ago I bumped into Kersi Dubash in the lobby of a Lahore hotel, extremely pleasant person with an immense knowledge and sense of stuff that mostly women understand............long story short, I landed up buying two garas ( wife and daughter) - so he also was a brilliant salesman.

Great to see u on ET Ms Wania.