Ziarat: Jinnah's residency to be rebuilt in 3 months

Ziarat: Jinnah's residency to be rebuilt in 3 months 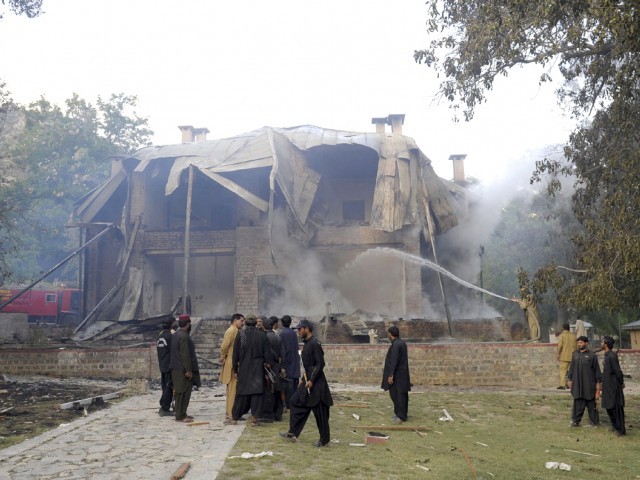 ISLAMABAD: The government announced on Sunday that Quaid-e-Azam Muhammad Ali Jinnah’s residency in Ziarat will be rebuilt within three months.

Militants blew up Jinnah’s residency in Ziarat on Saturday, the building where Quaid spent the last days of his life with his sister Fatima Jinnah in 1948, a year after Pakistan came into being.

Senator Mir Hasil Bizanjo, Minister for Information and Broadcasting and National Heritage Pervez Rashid and Interior Minister Chaudhry Nisar Ali Khan announced reconstruction of the historic monument during a visit to the site.

Bizanjo said Quaid’s belongings including his bed, chair, pillow and stick have been completely destroyed.

He said it was unfortunate that only one police man was deployed at the site during daytime.

Both the federal and provincial government will provide security to national heritage sites in Balochistan, Bizanjo told The Express Tribune.

The National Heritage Division will reconstruct the residency within three to four months, officials said. The decision was taken to restore the historical site to its original glory.

The residency will be rebuilt keeping tourism in mind. The surrounding of the building will also be developed.