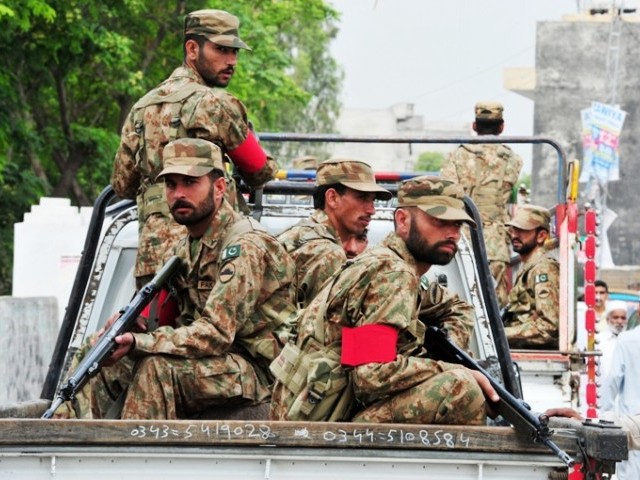 The new policy will address all security challenges the country has been facing since 9/11, says officials. PHOTO: AFP

ISLAMABAD: As Pakistan continues to grapple with a complex security landscape and unprecedented challenges to peace and stability, the federal government announced plans to devise a comprehensive national security policy – the first of its kind in the country.

Talking to The Express Tribune on Friday, officials privy to the development said the new policy will address all security challenges the country has been facing since 9/11. Despite the heavy toll exacted by terrorism and the vulnerable state of law and order in the country, no comprehensive security plan has been put in place.

Officials said the policy will also consider the recommendations made by the Parliamentary Committee on National Security headed by Senator Raza Rabbani last year. Parliament has also endorsed these recommendations.

All security plans prepared by previous interior minister Rehman Malik are likely to be scrapped however, they revealed.

“A meeting has been called for June 20… it will focus on four issues, particularly on the new security policy,” interior ministry spokesperson Omar Hadeed Khan confirmed. The spokesperson added that the meeting, chaired by Interior Minister Chaudhry Nisar Ali Khan, would also discuss cooperation with provincial governments while maintaining law and order, ensuring good governance in the interior ministry as a result of feedback and new policies and priorities of the government pertaining to law and order.

The National Counter Terrorism Authority (Nacta), whose main objective is to foil terrorist acts, will play an important role in this regard, the officials added. A decision on how Nacta and the National Crisis Management Cell (NCMC) liaise with civil and military intelligence agencies will also be taken up at the meeting.

The chiefs of Nacta, NCMC, Intelligence Bureau and the Federal Investigation Agency will present their recommendations on the national security policy during the meeting, according to a senior interior ministry official. Senior officials from the Frontier Corps and the Frontier Constabulary will attend the meeting as well, he added.

Nisar will involve several security experts to finalise the new policy in line with Pakistan Muslim League-Nawaz’s manifesto – which pledges a ‘comprehensive review’ of national security and foreign policy – said the officials. The policy may go beyond the military-centric paradigm of defending physical borders and embrace a more comprehensive approach, they added.

It will attempt to deal effectively with elements challenging the state’s writ in the tribal areas, Balochistan and Karachi, the officials explained.  The policy may also call for disbanding the militant wings of political parties’.