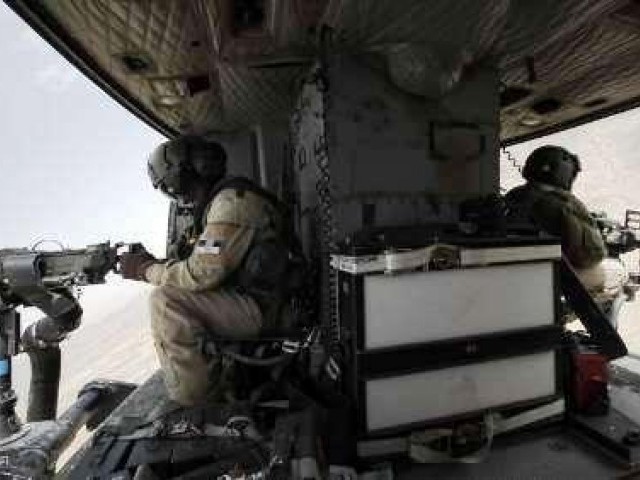 Spokesperson says Isaf forces were unable to notify Pakistani officers until after the operation. PHOTO: REUTERS

WASHINGTON: The Pentagon on Tuesday said that the recent cross-border air strikes by Nato helicopters in Pakistan may have violated procedures and resulted from “communication breakdowns”.

Pakistan on Monday denounced last week’s helicopter strikes as flouting the country’s sovereignty but the Nato-led International Security Assistance Force (Isaf) in Afghanistan insisted its troops had the right to defend themselves.

“I don’t know if I’d call it a disagreement but there are certainly discussions under way between our forces and the Pakistanis about this particular incident,” Pentagon spokesperson Colonel Dave Lapan told reporters. “The talks are focused on what were the communication breakdowns, what happened, what was supposed to happen,” Lapan said.

Isaf forces were not able to notify Pakistani officers about the helicopter strikes until after the operation, he said. “I think I can say that clearly in these instances things didn’t occur the way that they are supposed to. And that’s what we’re trying to get to,” Lapan said.

The rare Nato cross-border attacks came amid a surge in drone strikes in Pakistan. Isaf, which is battling Taliban militants in Afghanistan, said in an earlier statement that the helicopters were following insurgents in Pakistan after an Afghan security forces’ outpost in Khost province came under attack on Friday. The choppers fired on the militants, killing more than 30 insurgents, Isaf said, and two helicopters returned to the border area on Saturday and killed several more.

‘Nation will forgive Zardari if he returns its money’