Main Hoon Shahid Afridi, a movie that will inspire

Main Hoon Shahid Afridi, a movie that will inspire 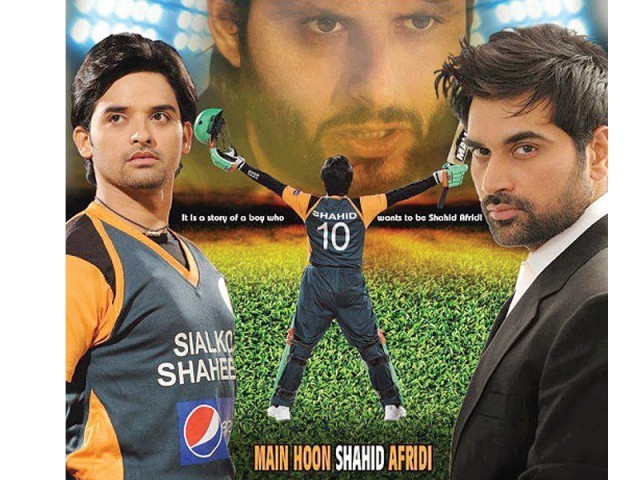 The story is about a young boy who dreams of becoming the famous cricketer Shahid Afridi. PHOTO: PUBLICITY

If you are a true patriot, cricket has to be in your blood. Actor and producer Humayun Saeed is well-aware of that as he is set to release his new film Main Hoon Shahid Afridi on Eidul Fitr this year. From the very beginning of his career, he was determined to make films. And with this new sports film, Saeed feels he would be delivering something to new to the audience.

“Film has always been a passion [for me] and this was the reason why I joined this industry,” he says. Over time, Saeed gradually became one of the most successful TV drama producers in Pakistan. He feels this success has granted him space to experiment and return to his first love, which is film. “It’s important that we make [good] films now. If we do this, then in two to three years, Pakistani films will be a success,” he adds positively.

Main Hoon Shahid Afridi is unlike any previous Pakistani film — it is commercial but is an underdog story which centres on the game of cricket. The star-studded cast includes Javed Sheikh, Nadeem Baig, Shafqat Cheema, Noman Habib (lead), Mahnoor Baloch and a host of others including Saeed himself. The film has been directed by Syed Ali Raza and is written by Vasay Chaudhry.

The story is about a young boy who dreams of becoming the famous cricketer Shahid Afridi. PHOTO: PUBLICITY

Saeed is aware that India and other countries have produced films on such subjects before — Iqbal, Chak De India and Lagaan. But he feels Main Hoon Shahid Afridi is purely Pakistani and is different from the kind of scripts Saeed has been known for. “People expect me to produce something which is themed around shaadi, romance and emotion but I was keen on doing something different,” he continues.

“In India, several sports films have been made. But in general, it’s quite risky to make these because they come across as dry,” he adds, saying he was dreading that. “But I feel if it’s done intelligently, then it could turn out to be an exciting project.” A lot of collective input and effort made this film come to life. “Everyone was tense yet interested in how we could make this film great. You will see that viewers will like this project too,” he says.

The film is about a young boy (played by Habib) who dreams of becoming the famous cricketer Shahid Afridi one day. The local club he plays for, however, goes bankrupt and that changes the whole ball game. In order to deal with the hard times, Habib must figure out a way (with a team of misfits) to win a major local tournament in Sialkot. They ultimately seek the help of an ex-cricketer named Akbar Deen (played by Saeed) who has a dark past.

“Unfortunately, new actors have the tendency to become commercially-inclined but the people we found for this film, are [genuinely] interested in doing good work,” says Saeed, about the cast. “And I think that is very important.”

Speaking about the film’s music, Saeed says it will be released on June 29. The soundtrack has four songs by Shani Arshad Ali and Kamran Ismail-Kami aka Shani and Kami while the lyrics have been written by Sabir Zafar and Nadeem Asad. “The music is brilliant. Even if all songs are not hits, I am 110% sure that at least two songs will be very successful,” he says enthusiastically.

Saeed strongly feels that this change in Pakistani cinema, in which new people will step up and make new films consistently, will ultimately result in the revival of the film industry. “I will be making two films — they are going to be different [from the usual duration] and will be about an hour and a half or two hours long each,” he says. “What digital [videos/films] have done, is that they has opened doors for films to be made. We will make mistakes, but I think it’s a good starting point.”

Did you know? : John Travolta crashes a wedding