It’s time for Pakistani cinema to shape up

It’s time for Pakistani cinema to shape up 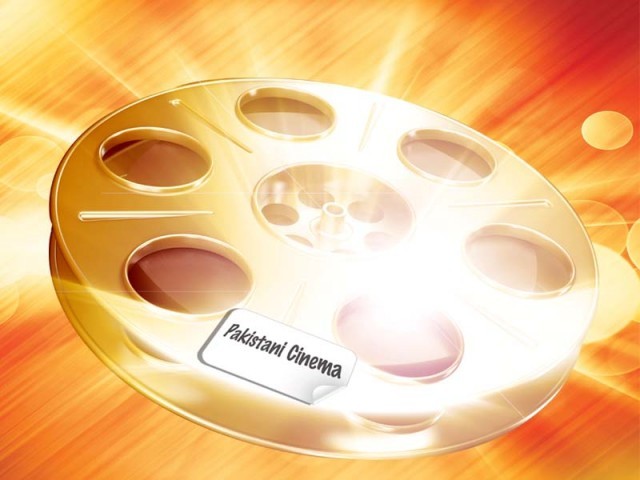 Like many, we are a nation that takes pride in its history. But unlike other nations, we tend to live in our glorious past. Whether it’s being fascinated by the Ottoman Empire, in comparison to present day affairs, or the clichéd golden years of Pakistani cinema, we are only fond of our brilliant memories and lack the will to build new ones.

It’s probably time to learn from our neighbours; Iran for its cutting edge execution of neo-realist cinema and India, for its big-budget films, timely policies, adaptation of technological innovations, creating a successful environment for entertainment, producing the most number of films annually and of course, for Bollywood marking its 100 years in cinema. But instead, we continue to produce re-makes of Pakistani classics such as Aina and Armaan — screening them as tele-films and calling them “hit filmo ka super hit jor.” These do make us nostalgic but this only reiterates that we are stuck in the “golden era of Lollywood,” which barely ever existed; how does a child, who died in his infancy, have golden years?

Let’s be honest, there is nothing to be proud of. The re-make formula might help get sponsors in the short run but it’s not going to help our industry in the long run. If sponsors invest their money in one good quality feature film instead of numerous low-budget re-makes, things could turn around.

Right now it is the best time for the rebirth of Pakistani cinema — rebirth being the key word, not revival. The fact is that, the influx of Indian films brought audiences back to cinemas, and even films like Race 2 grossed Rs10 million in a month. This may sound like a conservative figure, but it is an achievement for us as we only have 90 to 100 working screens in the country. It’s time to target the expats and help the industry. There is hardly any profit margin with the number of screens present (all films don’t release on all screens either) and the industry can’t get back in shape without a profitable business. We have to make films that are at par with international standards so that regions like the Middle East, US and UK can become potential markets for us.

Is it difficult to make films with high production value? Not really. Finally in Pakistan, there are institutions dedicated to film and media. Some new film-makers have already made documentaries or movies which were screened at international film festivals, but failed to bring any profits to the box office. In recent years, institutes like National Academy of Performing Arts (NAPA) delivered talented actors in a short time and have made theatre a flourishing industry. If such institutes continue to grow, they can strengthen the foundation for a potential film industry.

Bollywood’s completion of 100 years in cinema should encourage our humble beginnings and not our fantasies based purely on envy. We need to accept global trends and let fresh minds take over while crushing the idea to beat Bollywood — we are not at war with them. Our future depends heavily on our clear understanding of global markets. We can capitalise on the cultural and linguistic similarities of the Indian film industry, but without copying them. We have to get it right where they got it wrong, a different meal with a similar recipe. It will be a lengthy process to make our own independent identity in the global market, but at present, we should aim to be an extension of Bollywood — our distinct narratives will make us stand out any way.

With the first truly democratic transition and an attempt at formulating a national framework for film, we are at a critical juncture in the history of Pakistani cinema. It is well within our power to make cinema a lucrative business and a tool for social change. The experienced elders should lay a foundation that can be furnished by the coming generation of educated film-makers. Pakistani cinema awaits a new dawn.