Why power outages are mostly our own fault

Why power outages are mostly our own fault

How proble­ms in each segmen­t of the energy chain compou­nd those in the next segmen­t.
By Farooq Tirmizi / Creative: Essa Malik / Creative: Kiran Shahid
Published: June 2, 2013
Tweet Email 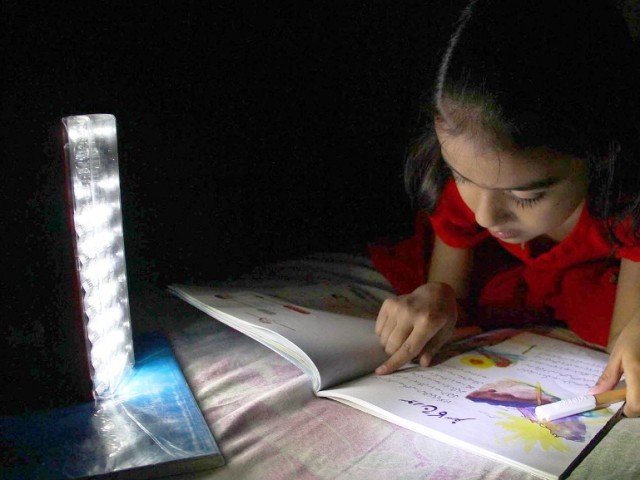 In the power sector, the debt is very clearly not the only thing that is circular. PHOTO: INP

For all the enormous technical complications involved in running a nationwide electricity grid, the problem that ails the country’s power sector today is a remarkably simple one: Pakistan has an energy crisis almost entirely because a large proportion of Pakistanis are thieves who do not want to pay for electricity.

This week, The Express Tribune attempts to take a comprehensive look at the power sector and examine the causes for the massive power shutdowns. Our goal in this report is not to look at what the problem is currently, but how it arose in the first place and what can be done to fix it.

The picture we come up with is grim. At virtually every stage of the energy cycle, there are massive problems with either the government’s planning or execution, and frequently both, a fact that becomes easier to understand when one realises that the government has never had a comprehensive national energy policy.

Our special report is divided up into four segments, each one covering a different segment of the energy chain: sources of primary energy, power generation, transmission, and distribution.

The problem starts at the very beginning, with a fuel mix that is skewed towards the most expensive kinds. There is an absurdly large reliance on oil, for instance, which is virtually unheard of in countries without substantial oil reserves of their own. Not nearly enough investment has gone into increasing hydroelectric power generation, which is the most expensive to set up but the cheapest to run on a per unit basis.

At every subsequent stage, the problem keeps on compounding, the mistakes of the previous stage being magnified by the inefficiencies of every successive segment of the supply chain.

The poor fuel mix translates into electricity generation being more expensive than it needs to be. The expensive electricity, coupled with exceedingly poor rule of law, in turn encourages outright theft of electricity and leaves little for maintenance of the infrastructure, which causes yet more rises in the cost of producing electricity. And finally, an unwillingness of the government to force people to pay their bills results in yet more losses.

The key problem in all of this, however, is the propensity of a large proportion of Pakistanis to steal electricity and the government’s unwillingness to confront them. Our analysis indicates that if transmission losses in Pakistan were kept at a level similar to that of the United States, and if bill collection were close to 100%, tariffs would need to rise by a relatively meagre 7.7% from their current average levels.

The problem, of course, is that theft is not going away in Pakistan any time soon. And so we have, effectively, a nation that steals electricity, pays no taxes, and then complains when the government runs out of money to pay for the electricity that they stole in the first place. In the power sector, the debt is very clearly not the only thing that is circular.

The problem cannot be resolved until the stealing is stopped. Locking up everyone who steals electricity is clearly not possible, but incentivising good behaviour is very much within reach. In this, the government would do well to carefully examine the model of the Karachi Electric Supply Company, which has spent considerable time and resources in figuring out which areas have high theft and which have low theft, and then provided relatively uninterrupted supply to areas where people do not steal electricity.

In the weeks since the election, the country is going through a unique moment: when two of the largest political parties in the country broadly agree on the contours of a solution to the energy crisis. This is a moment that is unlikely to return in the future. If the country’s leaders fail now, it may be lights out on the Pakistani economy for a very long time to come.