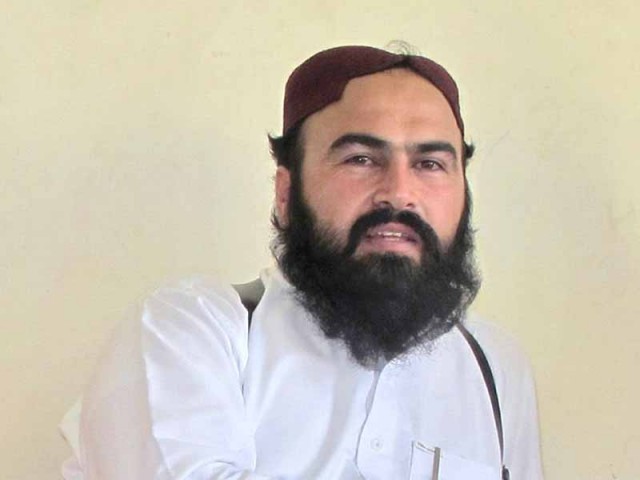 Rehman was the spokesperson for Baitullah Mehsud, deputy to his successor Hakimullah Mehsud, and heir apparent to his incumbent boss. PHOTO: REUTERS

The Tehreek-e-Taliban Pakistan’s (TTP) second-in-command Waliur Rehman is believed to be dead, though no official confirmation has come from the government.

Rehman was killed in a US drone strike in North Waziristan Agency on Wednesday, according to intelligence officials. North Waziristan is used by the Taliban and their al Qaeda cohorts as a springboard for launching attacks on foreign forces in neighbouring Afghanistan.

If confirmed by the government, this would be the second major blow to the ultraorthodox group after the killing of its chief Baitullah Mehsud in a US drone strike in 2009.

Rehman was the spokesperson for Baitullah Mehsud, deputy to his successor Hakimullah Mehsud, and heir apparent to his incumbent boss. He carried $5 million bounty on his head.

Remotely-piloted US aircraft fired four missiles at a mud-built guesthouse in the Chashma area, in Miramshah sub-division of North Waziristan in the wee hours of Wednesday, an intelligence official told The Express Tribune.

The missile strike flattened the guesthouse, killing all those inside, the official added. He identified five of the victims as Waliur Rehman, Fakhar-e-Alam, alias Zarrar, Adil and Nasiruddin – apart from Waliur Rehman, these are all mid-level commanders of the group. The remaining two, according to him, were Uzbek militants.

He claimed that the militants stayed for the night in the guesthouse following their shura (Taliban consultative council) meeting.

Security sources told AFP the target was Waliur Rehman. “He was definitely the target of the strike, and drone strikes are usually accurate at getting their target,” the source said.

A senior military official termed Rehman’s killing as a ‘big blow’ to TTP. “He was the operational head of TTP. He was the real brains behind the execution of the TTP’s plans,” the official told The Express Tribune while requesting anonymity.

TTP spokesperson Ehsanullah Ehsan denied the reported death of Rehman. “These media reports are untrue,” he told The Express Tribune by phone. “I am not aware of any such incident,” he added.

However, Taliban sources in North Waziristan and local journalists confirmed Rehman’s death. “The Taliban were in a state of shock the whole day,” a Taliban source said. “Several Taliban leaders also attended his funeral,” he added.

Taliban fighters also often seal off the sites of drone strikes immediately so that journalists cannot see the victims.

“Tribesmen began rescue work an hour after the attack and recovered seven bodies,” said resident Bashir Dawar. “The bodies were badly charred and beyond recognition.”

A high-level security official said a ground search was under way to determine whether Rehman was killed or had escaped the assault. Washington accuses Rehman of organising attacks against the US and Nato forces in Afghanistan and also wants him in connection with a suicide attack on an American base in Afghanistan in 2009 that killed seven CIA agents.

It was first such attack since Washington laid down new guidelines for the controversial weapon. The guidelines say drone strikes can only be used to prevent imminent attacks, when the capture of a suspect is not feasible and if there is a ‘near certainty’ that civilians will not be killed.

Drone strikes have been unpopular in Pakistan, where the government publicly denounces them as illegal and a violation of sovereignty.

On Wednesday, the foreign ministry again denounced drone strikes in general. “The government has consistently maintained that the drone strikes are counter-productive, entail loss of innocent civilian lives, have human rights and humanitarian implications and violate the principles of national sovereignty, territorial integrity and international law,” it said in a statement.

The latest attack was the first since the May 11 general election, won by the Nawaz Sharif-led faction of PML-N.

Prime minister-in-waiting Nawaz Sharif said this month that drone strikes were a ‘challenge’ to the country’s sovereignty. “We will sit with our American friends and talk to them about this issue,” he said.

The strike also coincided with the first session of the newly elected Khyber-Pakhtunkhwa Assembly. PTI, which will form the next government in the province, denounced the strike, saying Obama had gone back on his word.

Both PML-N and PTI favour dialogue with the TTP. But analysts say Waliur Rehman’s killing could complicate peace efforts. In the past, Waliur Rehman was believed to have favoured of peace talks with Pakistani authorities.

“He (Waliur Rehman) may have been more pragmatic than Hakimullah Mehsud but he was not innocent. He had blood of many innocent Pakistanis on his hands,” defense analyst Brigadier (retd) Mahmood Shah said when asked whether his killing could have any impact on peace-making efforts.

State of education: ‘No leniency for absentee teachers’