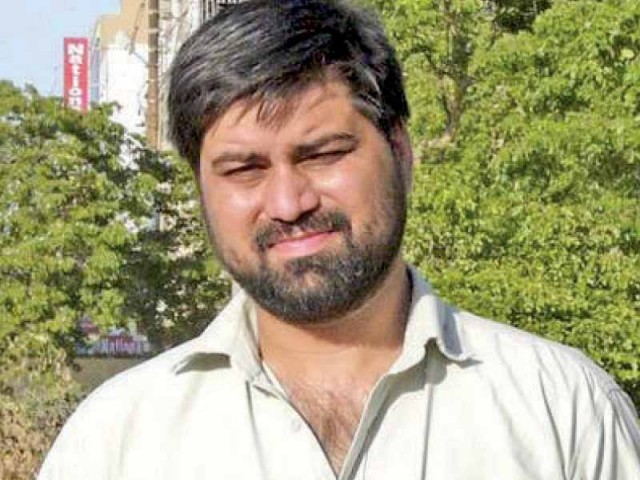 Police have closed investigation into the murder of journalist Saleem Shahzad, taking a stance that no clue has been found, The Express Tribune has learnt.

Shahzad was kidnapped on May 29, 2011 from Islamabad and his body was found floating in a canal near the Head Rasul area, in Mandi Bahauddin, about 130km from Islamabad, on May 30 with visible torture marks.

The Human Rights Watch (HRW) had pointed fingers at the Pakistani spy agency, Inter-Services Intelligence (ISI), over Shahzad’s murder and the US government officials later announced that they had ‘reliable and conclusive’ intelligence that this was the case. The ISI denied the allegations outright and called them ‘totally unfounded’.

The last supplementary statement of this case had been written by the DSP Saddar Circle, Mandi Bahuddin, Hafiz Ataur Rehman, on February 3, 2012. The case had been registered with the Saddar police station, Mandi Bahauddin, on May 30, 2011 vide FIR No192.

The current Investigation Officer (IO) of the case, Sub Inspector Mumtaz Gill, told The Express Tribune that investigation into the case of Saleem Shahzad has been closed for the time being for lack of evidence.

The then government had set up a judicial inquiry commission, headed by Supreme Court Judge Saqib Nisar, to probe the abduction and murder of Shahzad. However, the commission failed to identify the culprits.

The commission, in its report on circumstances surrounding Shahzad’s death submitted to the prime minister on January 10, 2012, recommended making the ISI and Intelligence Bureau accountable within their organisations and to the parliamentary committees concerned.

The contents of the executive summary of the commission read, “Saleem’s writings probably did, and certainly could have drawn the ire of various belligerents in the war on terror which included the Pakistani state and non-state actors such as the Taliban and al Qaeda and foreign actors.

“Any of these could have had the motive to commit the crime, as clearly, he was also in close contact with all of these,” the report stated.

The incident may also have been linked, as asserted by some of the witnesses examined, to the subsequent drone attack on Ilyas Kashmiri, it said.

The commission said it had been unable to identify the culprits despite having looked very hard for substantial evidence, direct or circumstantial, “yet such evidence has not surfaced.”

The commission urged the media to maintain a balance between secrecy and accountability in the conduct of information gathering which should be appropriately readjusted, with the aim of restoring public confidence in all institutions of the state

Hamza Ameer, Correspondent Iran’s Press TV and the brother-in-law of Saleem Shahzad expressed dismay at the lack of progress in the investigation. He said journalists and human rights bodies have also forgotten this issue.

He said the bank accounts and other assets have not been transferred to Shahzad’s legal heirs, who are still waiting for succession certificate. He said Quran Khawani will be held on Thursday (today) at the residence of Saleem Shahzad in Karachi to mark his second death anniversary.