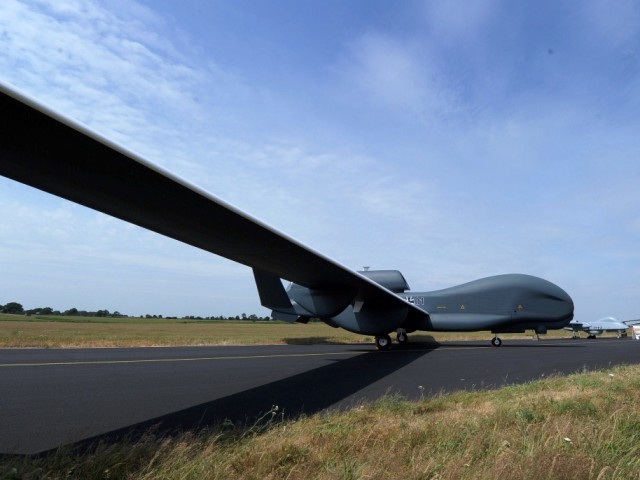 Drone strikes in North Waziristan have increased in Frequency this month. PHOTO: EPA

WASHINGTON: The CIA has stepped up drone attacks against militants in Pakistan’s tribal areas to try to foil a suspected terror plot against European targets, the Wall Street Journal reported on Tuesday.

The Journal, which cited current and former officials, said the exact nature of the plot could not be learned but it was believed to target multiple countries, including Britain, France and Germany.

Pakistani security officials have reported around 20 drone strikes in Pakistan’s tribal belt along the Afghan border this month, the latest on Monday killing four militants.

It has been the highest number of drone attacks during a single month, surpassing the previous high of 12 in January, according to an AFP tally.

The 20th drone strike occurred on Sunday taking drone attacks in the country to an unprecedented level.

Since US President Barack Obama came into office, there have been 143 drone attacks. Critics have pointed to the counter-productive nature of the drone attacks which have fuelled anti-American sentiment in the country.