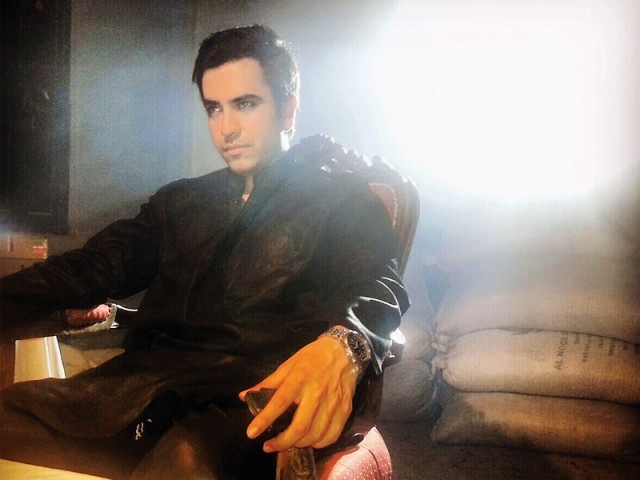 Singer-turned-actor talks about upcoming projects in music and television.

When Junaid Khan released his first single as lead singer of Call, his vocals in award-winning track Nishaan reminded people of Creed’s Scott Stapp. Naysayers may dismiss him as a music star that fizzled out due to his television projects, but after over a decade in the industry his passion for music still burns bright.

After leaving Call at the end of 2012, Khan went solo and released the English track So Close, So Distant. He has now released his second single Keh Do which he says is him “letting his heart out”. With ex-Junoon bassist Brian O’Connell on the bass, the video features model Mehreen Syed.

The singer says the song is a reflection of his frame of mind. He adds that forgiveness is as important as expressing love for someone.

“I believe in forgiving and forgetting,” he says. “One should not hold grudges or hold back love because of misunderstandings,” he continues. “Life is too short and one should express love when there are close ones around.”

Khan says Keh Do, which is a mellow, slow track, has been produced to cater to the wider audience. The singer, who gained fame from his high notes and rock numbers, says Keh Do’s genre is something he had not tried earlier.

The track is very soothing with romantic lyrics such as:

Even with all his acting projects, nothing has kept this singer away from his passion for rock music. Along with releasing Keh Do, Khan has also released the teaser of his upcoming single Koi Rokey Mujhe. The hardcore rock number, Khan explains, is like an anthem — a self-motivating mantra. “The song is all about being indestructible and unstoppable in the pursuit of your goals.” He adds, “After doing a mellow track, I thought it was time for me to do something that I love doing the most — rock music! That’s how Koi Rokey Mujhey was created.”

Khan says that the song is about creating a “push” in yourself; telling yourself you can do it and can achieve what you desire. “Given our country’s depressing situation makes one feel discouraged. The people of Pakistan need to believe that they are indestructible,” says Khan. “Koi Rokey Mujhey is a message from me to myself and to people in the country that we are indestructible, if we believe in ourselves,” he adds.

Khan’s acting schedule has come in the way of his concert tours, but he says that a tour is on the cards. The singer-turned-actor is currently working on his first solo album, which he plans to complete by the end of this year, alongside four television productions, simultaneously. However, he does it with ease and enjoys the challenge. “Managing time is the main challenge; there is so much left [album and TV productions] to be done. But I think challenges like these make you stronger and give you that reason to work harder and harder to achieve your goals,” he adds.

He says there have been talks about a role for him in a Bollywood film, but nothing has been finalised. “It is encouraging that local productions are overriding foreign content which was and is being aired. Local producers are trying to improve the standards of production quality and are trying to make content that can do better than foreign, relatively cheap content.”