Staying put: The lights are off, but they won’t go home

Staying put: The lights are off, but they won’t go home 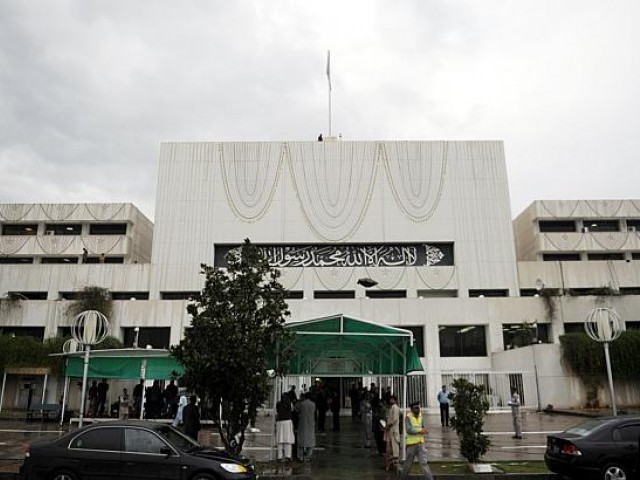 According to the National Assembly Secretariat, parliamentarians were to vacate the official accommodation by May 20, and every single member was issued a notice in this regard.

ISLAMABAD: They’ve been served eviction notices. Their electricity has been cut off in order to get them to move out. They have even been threatened with forcible eviction and yet, they refuse to leave. No, these aren’t land-grabbers or squatters; these are the former MNAs who are trying, by hook or by crook, to hold onto their official suites in the parliamentary lodges.

These former members of the National Assembly seem to be in a state of denial about losing the 2013 general elections, since 102 of them are refusing to budge from their Rs4,000-a-month official suites.

According to the National Assembly Secretariat, parliamentarians were to vacate the official accommodation by May 20, and every single member was issued a notice in this regard.

After a week of overstay, the Capital Development Authority (CDA) got their attention by disconnecting the electrical supply of their parliament lodges on Monday. The moment the light went out, residents of the now-illegally occupied suites scrambled to lodge their complaints against the apparent technical glitch. However, they were told it was not a technical fault; rather, the move was aimed at forcing them to vacate the premises.

The MP suites comprise two bedrooms, a drawing room, dining room and a lounge for which the MPs pay only Rs4,000 to the CDA.

Similar accommodations in the capital city, according to real estate experts, may cost up to Rs70,000.

In addition, 19 members from the incoming Pakistan Muslim League-Nawaz (PML-N), seven from the Muttahida Qaumi Movement (MQM), six Awami National Party (ANP) members and six from the PML-Quaid are yet to hand over their accommodations.

Mehrun Nisa Afridi, elected on reserved seats for women by the PPP, passed away months ago, yet her official accommodation has not been vacated to date.

Abdul Kadir Khanzada, Haider Abbas Rizvi – who resigned from the NA months before the completion of the assembly’s tenure, and Khushbakht Shujaat from the MQM are still occupying official accommodation.

Kashmala Tariq from the PML-Q (likeminded), and Sardar Shafqat Hayat, Ch Naseer Ahmed Bhutta, Rana Mehmoodul Hassan, and Mehboob Sultan from the PML-N have not given up possession either.

The former lawmakers were served the first notice by the NA secretariat to vacate their accommodations by May 20. “Ex-MNAs must vacate the suites at the Parliament Lodges and the Government Hostel (MNA Hostel) by May 20 after which suites will be vacated forcibly,” the notice stated.

On the expiry of deadline (May 20), 141 members of the outgoing assembly were still occupying Parliament Lodges, following which another notice was served on May 25.

A senior official in the National Assembly Secretariat told The Express Tribune that the CDA would have to get the lodges vacated before the first session of the newly-elected National Assembly, and for that matter, it could take help from the magistrate to forcibly evict the illegal occupants.

Bring on the ‘qabza groups’

While the National Assembly secretary has yet to allot suites to newly elected members, some have started occupying suites by force.

The staff of the JUI-F leader occupied the suite in the block reserved for women by breaking the locks. The CDA lodged a complaint with the Secretary National Assembly in this regard.

There are 359 suites in the Parliament Lodges, 83 of which are reserved for members of the Senate, while 276 are for MNAs. Of these 276 suites, some 80 will be retained by MNAs who were re-elected in the recent polls.

Another 60 suites at the Parliament Lodges are reserved for women MNAs. Out of 60 reserved suites, 50 will be retained by MNAs, who were either elected directly or are on reserved seats.

The total number of suites retained by their current occupants thus comes to 130, leaving 116 suites in Parliament Lodges illegally occupied by former MNAs.

And it begins…: Mark the date: NA session on June 1