The whole case and its hearin­g are being seen by many in this part of the world as a sham.
By Rana Sajjad Ahmad
Published: September 27, 2010
Tweet Email 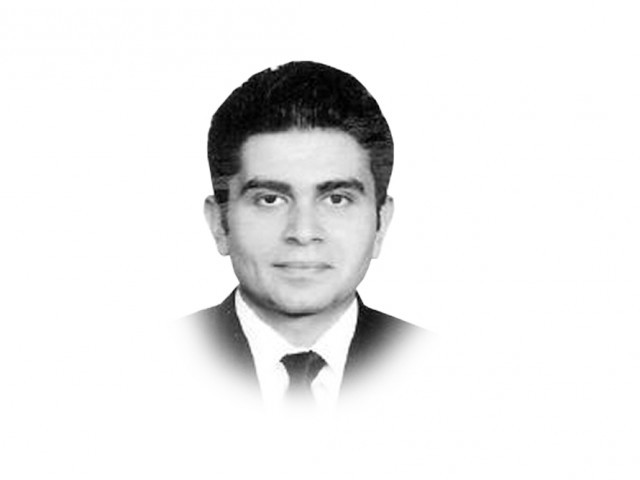 The writer is a Lahore-based lawyer, a member of the New York bar and a graduate of Columbia University Law School rana.sajjad@tribune.com.pk

The 86-year sentence for Dr Aafia Siddiqui has shocked and angered a lot of Pakistanis. The whole case and its hearing are being seen by many in this part of the world as a sham with the sole objective of disgracing Pakistan and Islam. Although there can be a long discussion about the political and religious aspects of this decision, it is important to understand some legal issues that raise serious questions about the fairness and impartiality of the sentencing process in particular.

In terms of sentencing, the most noteworthy aspect was the fact that the judge applied all the enhancements that he possibly could. As a general rule, the term of the sentence should be proportionate to the seriousness of the offence. In Dr Aafia’s case, the judge augmented her sentence on the basis of various grounds.  Firstly, he was of the view that the offences were hate crimes, the convict being motivated by her hatred for America. Another consideration in enhancing the sentence was the charge that she had attacked US government officials. Interestingly, Dr Aafia’s “lying” on the witness stand was also one of the grounds for enhancement since the judge held that she had obstructed the course of justice by lying. Does this mean that a statement made by a defendant could be considered a lie just because it is not believed to be true by the judge? Such a rule could deter a lot of defendants from making any statements in their defence out of fear of causing obstruction of justice.

As much as these enhancements seem extraordinary, they pale in comparison to the aptly described ‘ceiling shattering’ terrorism enhancement. By characterising the offences as terrorism, the judge elevated Dr Aafia’s criminal history and offence-level category to a much higher level. Unfortunately, it appears that while applying this enhancement, due process of law was also not followed. This is because earlier the judge had refused to admit the evidence presented by the prosecution to prove Dr Aafia’s intent to carry out terrorist attacks in the US. How ironic and contradictory is it then that the same judge enhanced Aafia’s sentence on the basis of a charge for which evidence was not even admitted?

Furthermore, the judge observed that the need for extended incarceration was there especially in view of the fear of the convict’s potential for recidivism, as in if released it was thought likely that she would relapse into crime. Again, it is extraordinary that someone who does not have a criminal history could be declared to have a tendency to recidivate.

In terms of sentencing, another unusual step taken by the judge was distribution of certain documents to the audience that contained different interpretations of the relevant US law on sentencing guidelines. Congress passed the Sentencing Reform Act in 1984 laying down mandatory sentencing guidelines for federal judges. One of the objectives of this law was to abolish indeterminate sentencing at the federal level. It also authorised the appellate review of sentences. However, on January 12, 2005, the US Supreme Court while interpreting the sixth amendment right to jury trial held that the federal sentencing guidelines were not mandatory but merely advisory in nature. Through this judgment, it also struck down the provision that permitted appellate review of any departures from these guidelines allowing judges to freely exercise their discretion while sentencing.

It appears that in Aafia’s case, the discretion exercised by the judge in sentencing Aafia undermined the objectives of US lawmakers to have uniformity, predictability and transparency in the criminal justice process in America.