The new State Bank govern­or appear­s to alread­y be settin­g the agenda for his tenure at the helm of the centra­l bank.
By Editorial
Published: September 27, 2010
Tweet Email 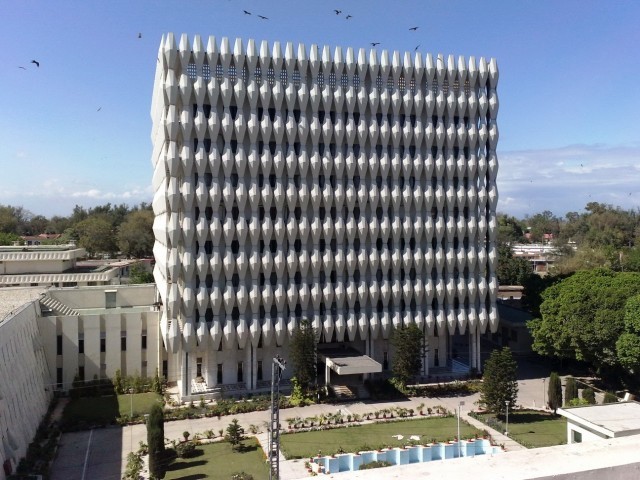 The primary mandate of the State Bank is to curb inflation and its efforts during the past few months have been laudable. PHOTO:MUSTAFA AMIN

The new State Bank governor appears to already be setting the agenda for his tenure at the helm of the central bank. On Saturday, Shahid Kardar stated that “encouraging private enterprise is the best way to enhance growth, create jobs and boost output.” One could not agree more with the governor but it remains to be seen what exactly the central bank will do to achieve this objective in the coming months. The primary mandate of the State Bank is to curb inflation and its efforts during the past few months have been laudable. The central bank has openly challenged the flawed fiscal policies of the finance ministry in an unusual display of boldness in support of sound policy principles. The new governor needs to ensure that he continues that streak of institutional independence. Hopefully, the SBP governor will be well aware of the major economic challenges that fall under his jurisdiction: the chronically high inflation and lending rates and the accompanying lack of credit. Now more than ever, the State Bank needs to stand up to the finance ministry and curb both their lending from the central bank itself as well as crowding out the private sector in the local credit markets.

Curbing lending rates can only be accomplished by reducing inflation which in turn must be done through a rigid enforcement of limits on the monetisation of the national debt — in other words, on printing money. As for the lack of credit, this can be done in part by undertaking policies to increase the size of the banking sector, such as ensuring that banks pay out higher profits to their depositors; this will help attract greater numbers of people wanting to place their money with the banks and will correspondingly increase the amount of funds available for loans. The new governor seems to have some good ideas. It would be good if he can sustain the courage to put them into effect.