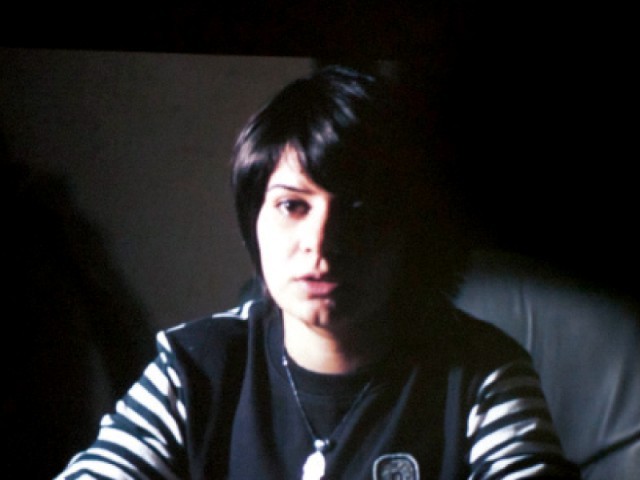 A screen shot from the movie. PHOTO: MYRA IQBAL/EXPRESS

The sprout of indie films and shorts being screened around the city has seen local talent inject fresh creativity into the problem-plagued film industry.

Husnain Afzal Khan, a young resident of the city well known for his funny videos and a stint hosting a TV show, showcased his first short film, “Ek”, at Kuch Khaas to a cozy gathering of well-wishers and film enthusiasts. With the hall buzzing in anticipation, the film began with a disclaimer stating “based on actual incidents”, perhaps to add a little drama.

The short film is a murder mystery based on a police investigator played by Shahbaz Ali Khan, who is trying to get to the bottom of the disappearance of a young filmmaker named Ali. Unfortunately, the mystery is solved quite easily.

While Ali’s close friends are being interrogated, the movie blatantly points towards two people as prime suspects, killing much of the mystery.

While the 20-minute film was lacking in strong dialogues, script and a few technical glitches such as sound echoes and harsh lighting in certain scenes, it can still be considered an immense effort by the young cast and crew, as Husnain candidly informed the crowd that the jail shown in the film was actually the basement of his home, where he and his friends who have acted in the movie worked all day to create the effect of a jail.

Speaking to The Express Tribune, Husnain said, “The shooting took only seven days in October, but I edited it much later as I went abroad for a filmmaking course and edited it after coming back”. When asked why the need to do a murder mystery, he said, “I have always made funny videos. I felt the need to do something different this time around”.

Later, the crowd was treated to live singing by Umar Syed Khan and Maria Unera.