Ex-Punjab govern­or Mehmoo­d says PML-N will have to deal with Imran Khan who will likely be a tough opposi­tion leader.
By Our Correspondent
Published: May 19, 2013
Tweet Email 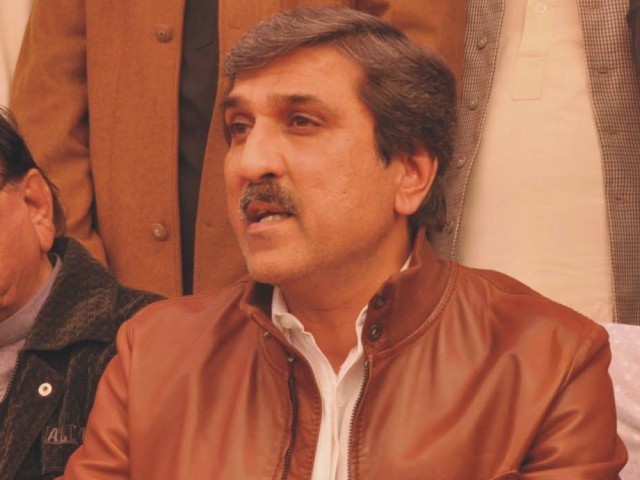 Makhdoom Ahmed Mehmood, who has resigned as Punjab governor, said on Saturday the Pakistan Muslim League-Nawaz’s government-to-be had a hard task ahead of it.

Speaking to the media at former tehsil nazim Dr Talat Saleem Bajwa’s residence here on Saturday, Mehmood said the carefree days were over for Mian Nawaz Sharif. He said it was not possible for a single party to run the country.

Mehmood said bringing down load-shedding, stabilising the economy and fighting terrorism were some of the tasks the new government would need to start working on quickly.

“May Allah give strength to Nawaz Sharif to save the country…else, instability will increase and PML-N would face a fate similar to that of Pakistan Peoples Party,” said Mehmood.

Mehmood said PML-N would also have to deal with Imran Khan who would likely be a tough leader of the opposition.