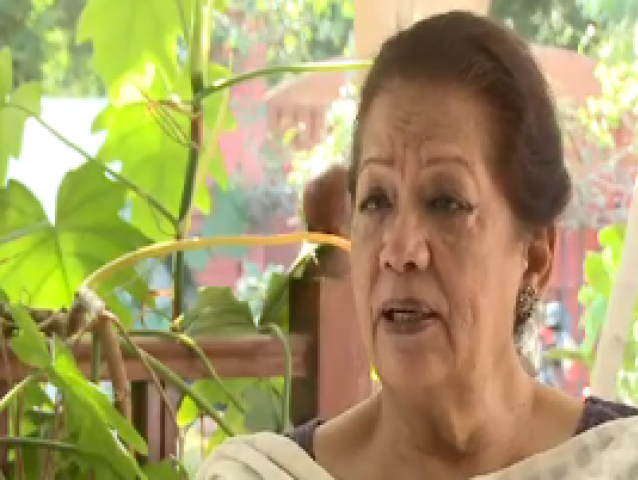 Zahra Shahid Hussain was a former PTI Sindh women's wing president and a founding member of the PTI.

KARACHI: Just hours before re-elections in some polling stations of NA-250 are due to begin, the Pakistan Tehreek-i-Insaf central vice president was shot dead outside her house in Karachi.

According to initial details, Zahra Shahid Hussain was shot dead outside her house in Defence Phase IV late on Saturday evening.

The motive of the attack could not be immediately ascertained.

However, SP Clifton Division Nasir Aftab said that initial findings pointed to a case of a purse snatching gone wrong. Aftab told The Express Tribune that per Hussain’s daughter, her mother got into their car to leave. The driver wheeled the car out and was locking up the gate when two men on a bike pulled up and tried to snatch her purse. “When she resisted they shot her.”

The culprits sped away after the incident.

The police said that they are trying to get the statement of the eye witness and continuing investigations into the incident.

PTI media coordinator Jameel Siddiqui told The Express Tribune that  given the situation prevailing in the city, the incident could be a part of those events.

Shortly after the incident, a large number of PTI workers gathered outside the National Medical Centre, where Hussain had been brought for treatment.

PTI chief Imran Khan and party spokesperson Shireen Mazari have condemned the brutal killing of their party leader and demanded swift arrest of the culprits.

Mazari has declared the incident as terrorism and failure on part of the provincial government.

Arif Alvi, the PTI candidate in NA-250, has appealed to PTI workers to observer calm.

Her funeral prayers will be offered after Asr prayers at Sultan Mosque in Karachi.

The next graveyard of empire