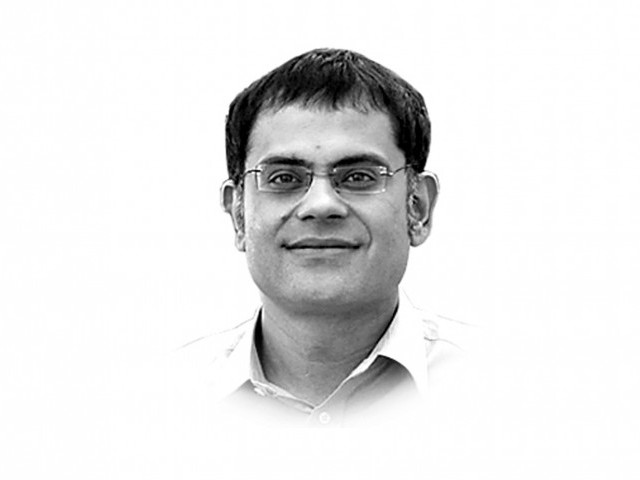 The writer is Director, Policy & Programmes Jinnah Institute, Islamabad. The views expressed are his own

Pakistan’s move to another civilian government is a major victory for the evolution of democratic institutions in the country. Despite a violent campaign and the unacceptable role of non-state actors, the voter turnout was encouraging. The only exception was Balochistan where a host of factors kept the turnout extremely low. The final verified numbers are still to be tabulated but voter turnout underlines people’s faith in the democratic process. Allegations of rigging on selected seats and irregularities once again demonstrate that the next parliament must ensure improvement of the election commission’s performance.

The results were not all that unexpected except for the majority that the PML-N garnered and the near-rout of the Pakistan Peoples Party (PPP) in Punjab. In fact, the party lost its strongholds, such as southern districts, where it has traditionally enjoyed immense support. The results in southern Punjab show a rational decision of the electorate to side with the expected winner and re-negotiate matters with the power centre that exists in upper Punjab. The PPP maintained its support base in Sindh and the MQM once again has emerged as the voice of Pakistan’s largest, troubled city, Karachi. The Awami National Party (ANP) was also rejected by the voters of Khyber-Pakhtunkhwa (K-P), thereby indicating that people of the province sided with the vague promises of peace articulated by the Pakistan Tehreek-e-Insaf (PTI).

Other than the PML-N’s sweep, it is the PTI, which has finally arrived. Imran Khan’s mobilsiation and building of party structure has turned the PTI into the runner-up on many seats in Punjab. This is a position that the PPP enjoyed during the 1990s and later. The PTI enthusiasts were disappointed at the results but in real terms, this is the first time the PTI has performed that well in an electoral contest during the 17 years of its existence. There are a variety of ideological and sociological reasons for this phenomenon but it was essential that the PTI became part of the parliamentary process and adjusted to the imperatives of democratic governance. If it forms the provincial government in K-P, it would realise the constraints within which political parties have to operate.

The PPP needs to do a major stock-taking of its internal party structures, its relevance to the fast urbanising Punjab. There can be no alternative to leadership and engagement with its cadres. Sadly, due to multiple reasons (including court restrictions and security threats), its leadership has been away from the worker: an asset that still defines the uniqueness of this party.

The PML-N gets power for the third time. Nawaz Sharif has rightly earned his reward for placing faith in the democratic process and the manner in which he allowed for the continuation of the outgoing parliament. He has already indicated his bold views on civil-military relations and policy on India. Perhaps, the biggest challenge that his administration will face will concern militancy and terrorism. This is directly linked to the operations of extremist organisations within Pakistan which need to be regulated. Building state capacity and law-enforcement institutions should be the top-most priority of the incoming federal and provincial governments.

After the Eighteenth Amendment, Pakistan’s power centres have shifted from Islamabad to the provinces. However, a major area of focus is to strengthen inter-provincial coordination and address the pending tasks of the devolution process since 2011. Unlike the last five years, it is hoped that all political parties that will govern Pakistan will now work on setting up local government systems that they callously neglected. Despite the clear majority, to undertake structural reform, Nawaz Sharif and his team would have to build a multi-party consensus.  Thus, a return to the politics of accommodation and reconciliation would not just be desirable but a necessity for effective governance.

Free-for-all; not so fair