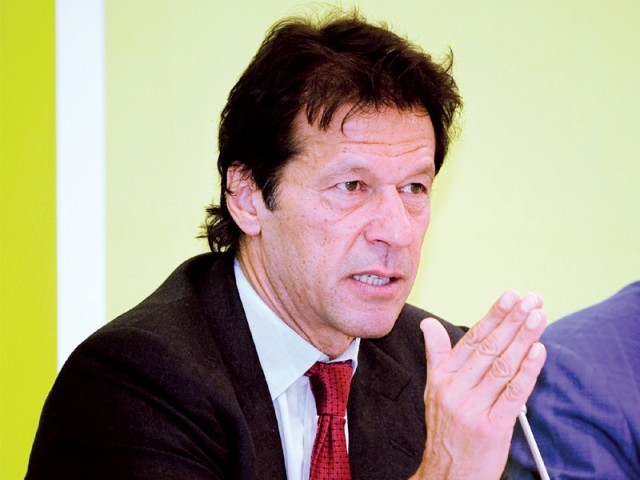 According to unofficial results released by the ECP on Sunday, Imran Khan bagged 80,425 votes against Hanif Abbasi of the PML-N, who got 67,167 votes.

Unprecedented participation of youth and women in the elections turned the results in favour of the Pakistan Tehreek-e-Insaf (PTI) in NA-56. But the PTI’s social media machine was not the only reason PTI chief Imran Khan emerged victorious in the constituency, which is considered a PML-N stronghold.

According to unofficial results released by the Election Commission of Pakistan on Sunday, Imran Khan bagged 80,425 votes against Hanif Abbasi of the PML-N, who got 67,167 votes.

However, PML-N candidate Advocate Raja Hanif won the PP-14 provincial assembly seat with a lead of around 4,000 votes.

When the PML-N leadership was awarding party tickets for NA-56, Hanif Abbasi reportedly opposed giving the PP-13 ticket to Raza, who became the MPA from PP-13 in 2010 after his son, Malik Yasir Raza, was disqualified for having fake degree.

Abbasi reportedly supported a local leader, Sajjad Khan, against Raza, when tickets were being distributed. But connections of Chaudhry Tanvir, a close relative of Raza and an influential party leader from Rawalpindi, worked to ensure that Sajjad Khan’s name was dropped in favour of Raza.

This led to serious difference between Raza and Hanif Abbasi. During the campaigning in PP-13, party insiders said Raza was actively asking PML-N supporters not to vote to Abbasi.

How the PML-N won the PP-14 provincial seats was another interesting story.

Around 15 days prior to the general elections, Shahbaz Sharif visited the house of PTI dissident Pirzada Rahat Quddusi in Satellite Town, Rawalpindi. Quddusi quit the PTI after he was denied party ticket for PP-14.

Quddusi, a prominent political leader in Rawalpindi, was a strong hopeful for the PTI ticket from PP-14, but the ticket was given to Chaudhry Asghar, a local businessman.

It was alleged that Asghar was awarded the ticket at the request of Amir Kiyani and Sadaqat Abbasi of the PTI on the basis of his substantial financial support for the party.

Quddusi holds a considerable vote bank in PP-14 and bagged over 8,000 votes during the 2008 elections despite running as an independent.

After Shahbaz Sharif visited Quddusi, the latter joined the PML-N and campaigned for PML-N candidates. Quddusi’s departure was a setback for the PTI, which contributed to Raja Hanif’s victory.

Hanif Abbasi and Malik Ghulam Raza could not be contacted for their version despite repeated attempts on their cell phones.