The socio-economic impact of social media

The socio-economic impact of social media

The econom­ics of this medium make it a conven­ient tool for abuse.
By Humayon Dar
Published: May 12, 2013
Tweet Email 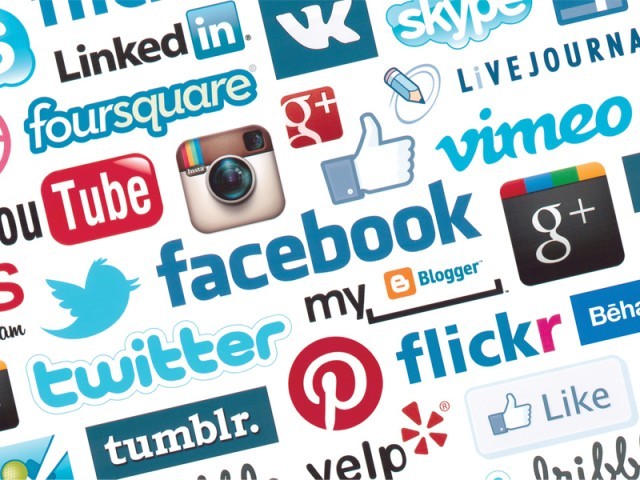 The economics of this medium make it a convenient tool for abuse. CREATIVE COMMONS

Social media is becoming notorious for making many traditional businesses vanish. The Eid cards business, for example, is one obvious casualty of the rising role of text messages and e-cards frequently used by family and friends in sending greetings (and condolences) on important social events.

Also on the decline is the use of postal services, not only in Pakistan, but in most countries around the world. The rising role of technology in communication is also bringing about major changes in a number of other businesses like computer accessories, trade in movies and music-related products, among other things. YouTube (presently banned in Pakistan), Facebook and search engine optimisation (SEO) have also adversely impacted traditional advertisement businesses and business directories of many types.

Apart from the impact on businesses, social media is also playing a significant role in spreading religious and political messages of unlimited variety. As social media is more popular amongst the middle and upper classes of society, religious intolerance and extremism is fast emerging as a middle class phenomenon. This is consistent with recent research conducted by social scientists in a number of US universities, who conclude that militancy in Pakistan is more associated with the middle class than the poor.

Interestingly, social media is being blamed for inciting violence in a number of countries, including Malaysia, where the 13th general elections took place on May 5, only a few days ahead of general elections in Pakistan.

In Karachi, the elections did not bring the kind of festivities observed on previous occasions. This is partly explained by the security threats against certain political parties. In this context, social media certainly played a role in keeping a degree of political activity visible. Not only did the mainstream political parties run very active online social media groups to approach targeted voters, especially the young and educated, but a very large number of independent contestants in the elections also found it a cost-effective means to run election campaigns.

In the absence of regulation and effective control on a national level, one observes all kind of materials being exchanged on social media. From Quranic verses, prayers and Ahadith, one keeps on receiving weird and unauthentic messages on all issues, including religious, political and social aspects of life. Through social media, one individual may find it very easy to disseminate wrong or unauthentic information and rumours without incurring any significant costs. In fact, the recent incidence of hacking of the Twitter account of Associated Press of America is an eye-opener, swhich adversely affected the stock markets in USA (albeit temporarily).

Although most people take provocative or sensational news with a grain of salt, it is certainly true that persistence and increase in frequency of such messages affect general opinion in the medium to long run. Frequent news, even if it happens to be wrong, tends to become perceived social reality after some time.

One factor that has in particular been responsible for the emergence of extremism in social media is the role of electronic media in running (supposedly foreign sponsored) campaigns for religious tolerance by way of introducing anchors and presenters who conduct religious programmes without having proper traditional training in Islamic issues. Some of these anchors, while popular amongst a sizeable population of the country, are seen as “agents of conspiracy against Islam” by the religiously motivated, who come up with a cost-effective response to such programmes by presenting views forcefully and with extremist inclinations through social media.

It is true that money dictates terms in business and electronic media, and Pakistan is not an exception in this respect; but it is important for think tanks like the Council of Islamic Ideology to develop a comprehensive framework to address the rise of extremism in social media. The government must pay attention to the recommendations of such a body and come up with a comprehensive code of conduct for religious programmes on TV to the satisfaction of all stakeholders in the society.

THE WRITER IS AN ECONOMIST AND A PHD FROM CAMBRIDGE UNIVERSITY

Eradicating the Foot and Mouth Disease from Pakistan