Democratic right: Assisting voters, but unable to vote themselves

Democratic right: Assisting voters, but unable to vote themselves 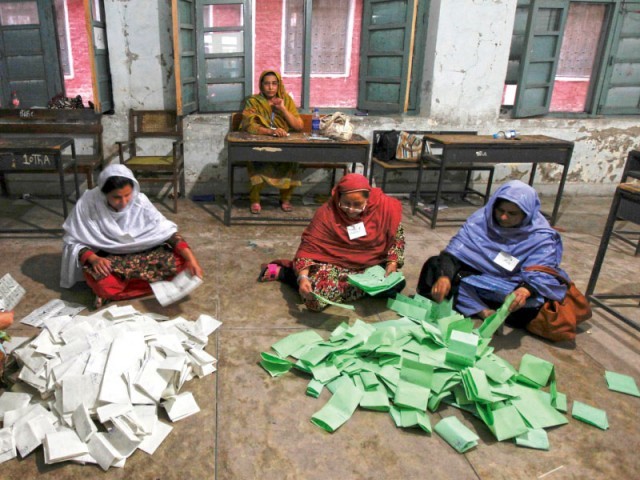 Their job is to help others cast their votes, but some 644,970 polling staff members across the country were unable to cast their own votes, having been unable to to avail the facility of a postal ballot.

Teachers and government officers posted at polling stations were assigned the tasks of ushering voters, locating names in rosters and taking thumbprints. As the voting process culminated, officers were engaged in separating, sorting and counting ballots.

“How can we vote while we are assisting people here?” questioned Humaira, a staff member at an Islamabad polling station.

Though there is the facility of casting a postal ballot, many polling staff members were unaware of it and had therefore failed to submit the requisite application on April 25. The postal ballot allows prisoners, government officials, members of the armed forces, holders of public offices and their wives and children stationed at a place other than the constituency to dispatch their vote by mail.

But a professor at a Karachi polling station, who has worked at various polling stations in his career, said that officials are usually not able to avail the option of a postal ballot owing to lack of time.

“By the time duties are assigned to the polling staff, it is already too late to file the application to the Election Commission of Pakistan for the postal ballot,” he said. “Duties are assigned just two or three days before elections.”

Polling staff were thus unable to exercise their own right to franchise, with many saying that they hoped a better system could be evolved in time for the next elections.

PTI rules out alliance with PML-N