Suppor­ters of the PPP led a street protes­t, burnin­g tyres and blocki­ng roads.
By Sohail Khattak
Published: May 11, 2013
Tweet Email 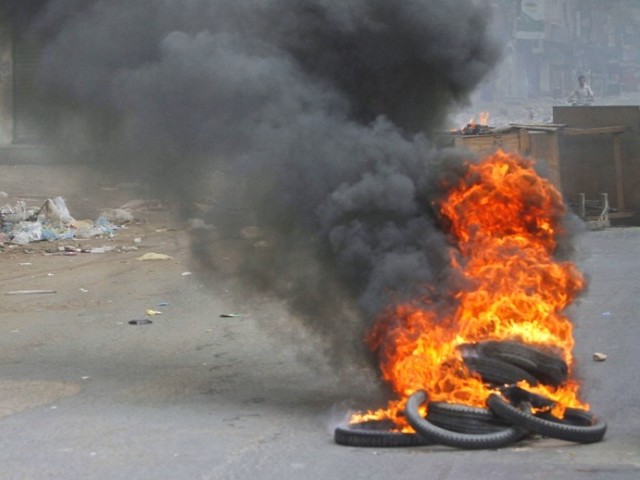 KARACHI: The Pakistan Peoples Party’s (PPP) National Assembly candidate for NA-241 is leading a protest in his area.

The PPP is looking to file an FIR against the ANP candidate at Mominabad Police Station. Meanwhile, all ballot boxes from the polling station have been moved to the police station.

Supporters of the PPP led a street protest, burning tyres and blocking roads.