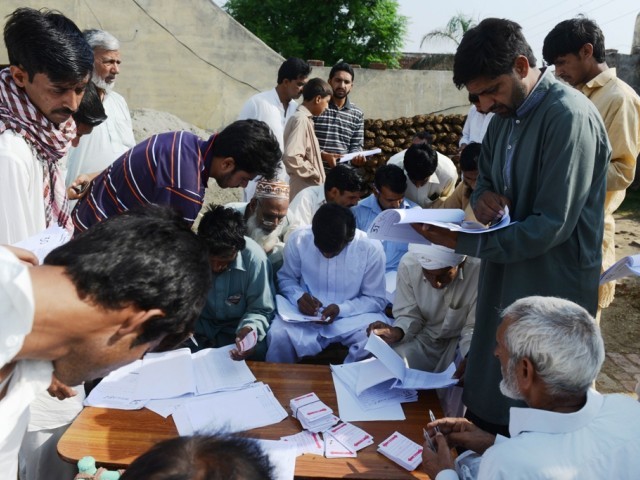 Residents wanting to vote check voter registration lists near a polling station in the village of Dial on the outskirts of Lahore on May 11, 2013. PHOTO: AFP

The Jamaat-i-Islami (JI) held a press conference hours ago, announcing of boycotting elections in the two cities over alleged rigging. The party called on the ECP to take notice.