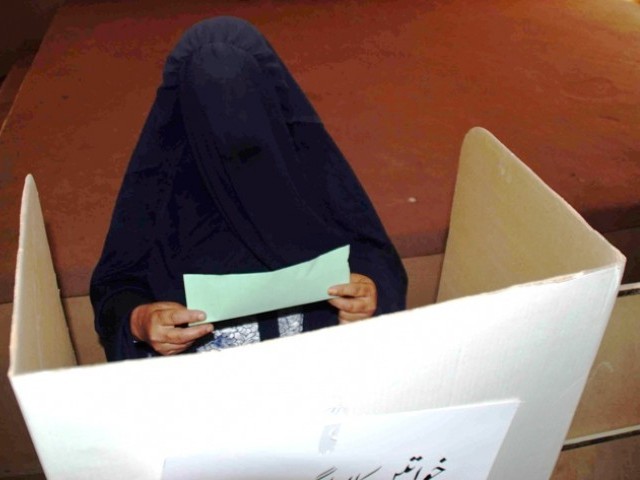 GHALLANAI: Brisk polling by women voters continued in Mohmand Agency where they are expected to cross the 10% mark in NA 36 constituency.

According to details, for the first time women of all ages in large number came to cast their votes in conservative tribal society.

Voters rush was seen in polling stations in Ekka Ghund, Khowazai, Bazai and headquarters of the agency from morning.

Talking to the women voters Salma, a housewife said that she faced no restrictions from her family remembers in terms of refraining her from casting vote.

Another Robina, 80, said that it is encouraging that females in large number have come to cast vote and expressed satisfaction over the arrangements in the polling station for the voters.

Zarghoona, along with her granddaughter said that it her right to use the right to franchise, saying it is a good omen that females are voting. “In the past election females were barred from polling however in this election many females are casting their votes,” she added.

It was also noted that family members are contesting as rivals from various parts in the election race. Meanwhile, in another incident an official of political administration said that head of peace lashkar was gunned down allegedly over pressuring voters for casting votes in favour of his candidates in Khowazai at around 10:30am.