It’s import­ant for PTI to win seats in parlia­ment becaus­e energi­sed non-voters need to remain invest­ed in the system.
By Fasi Zaka
Published: May 10, 2013
Tweet Email 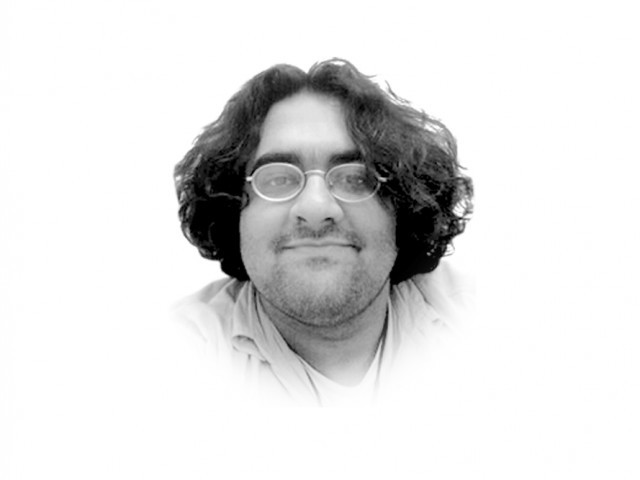 This election day, I will have travelled to Peshawar to cast my vote for Imran Khan and the PTI. At the same time, I must admit I will be happy at the possibility of the PML-N forming a government if it wins, largely because what this country needs now, more than anything, is improved governance, because over the past few years, it has gone from decrepit to decaying through neglect, creating nightmare scenarios one couldn’t entertain in the past.

I have penned articles heavily critical of Imran Khan previously, and troublingly for me, most of my objections haven’t changed despite my decision to vote for him now. His stance on the Taliban is woefully misguided and naïve, even dangerous, because consensus against the extremists cannot solidify until the sympathisers cave in.

But the mathematics of arguments such as this has changed significantly, especially post the APC on terrorism. The ruling parties who believe the “right” things regarding this violent perversion of violence have been so ineffectual, muddled, corrupt and meandering that outfits like the Lashkar-e-Jhangvi and the Taliban have flourished. The binary being bandied about between corruption and terrorism doesn’t hold if the corruption being spoken of is so pervasive, that when coupled with weak leadership, it creates comfortable conditions for this murderous lot.

The truth is, I would have liked nothing better than to vote for the PPP again in this election. The presence of this party is vital to Pakistan, being one of the few parties that is truly national in nature. Even though it doesn’t want to, it’s in its best interests to sit a next term in government out. It is essential for it to reorganise and reflect on its term in government, and give Bilawal a more prominent role in the party, one of the only ways in which to change the old school approach of Asif Ali Zardari in the party.

But back to the PTI, I did come to admire Imran on two fronts recently, the first of which was to hold elections within the party. As most observers will tell you, it wasn’t a good move. It divided his party close to the elections. But still on principle, kudos to him for going ahead with it; it’s essential to democracy. The second was his statements post the ongoing slaughter of Shias in the country.

I don’t think Imran will get the landslide he wants. But it’s important for the PTI to win seats in parliament because the energised non-voters need to remain invested in the system. Plus, he will be able to exert influence on the government for some of the better ideas he has, such as the reformation of the development funds given to parliamentarians.

An ideal scenario would be for the PML-N and the PTI to form a coalition. Right now, that seems unlikely, but this is where they can learn a trick or two from Zardari. However dismal the PPP’s performance, credit to it for keeping it together through five tumultuous years. Who knows, maybe a marriage between the PTI and the PML-N eventually takes hold; Imran has demonstrated a previously unknown gift for accommodation with the MQM and Sheikh Rasheed recently.

While the PTI’s influence in the electoral scene will really be known in a few days, where it has been disproportionately influential is bandying the anti-West, and indirectly, the pro-Taliban narrative in the country, forcing others not to take a clear position in the opposite direction. We are seeing its effects now in the manner in which the canvassing of the PPP, the MQM and the ANP have been targeted. Sadly, the PTI has taken advantage of the situation rather than condemn it.

Our existentialist dilemma on whether or not to take action against the Taliban can only really coagulate into decisive action if Imran changes his romanticised view of the TTP. We may just have to tolerate the “doves” and go for negotiations. Hopefully that will end the fantasy and bring all the parties together to the conclusion that religious nihilists don’t want anything except utter destruction.

Where Imran Khan does deserve credit has been his tireless campaigning, and it was in the immediate aftermath of his fall and speech from his sickbed that one truly realised the conviction of his efforts. We need conviction now, not just from him but from every other political party as well. Hopefully this election will turn the tide against the entities that truly have demonstrated conviction — the militants.

Towards a true democracy