Actor likes to hang out only with her girl friend­s.
By IANS
Published: May 9, 2013
Tweet Email 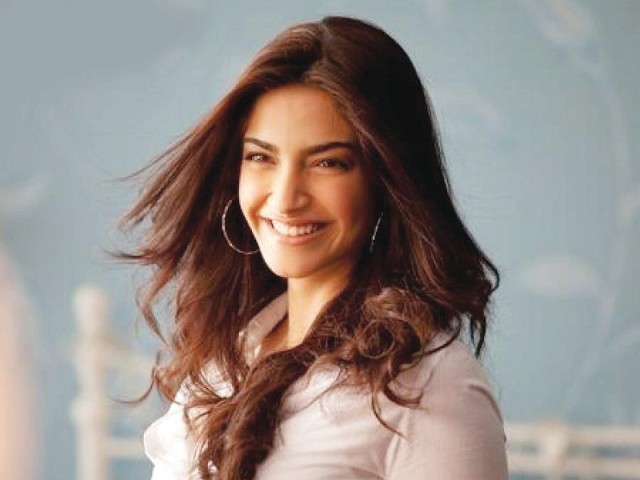 Sonam admits that she is very self-obsessed and concentrates solely on herself. PHOTO: FILE

The 27-year-old, who has played feminine roles in films such as Aisha and I Hate Luv Stories, enjoys the company of women.

“I love girls. I surround myself with women only. I think men sometimes  bring negativity into your life. Only women work with me,” Sonam told IANS in an interview.

She may not have been wise in choosing her roles, but the actor has proven to the world that she never goes wrong in making style statements. She admits it’s a challenge to innovate winning looks every time she steps out.

“It is a challenge and that is why you have great products to help you and I have great people to help me look good. When you see me normally, I don’t look so good,” she said.

Terming herself a bit “self-obsessed”, Sonam admitted that it is her sister, Rhea Kapoor, who gives styling tips to her dad, actor Anil Kapoor.

“My sister is really good at that. I am really self-obsessed; so I only concentrate on myself,” the 27-year-old confessed.

“I eat right. I have a nutritionist who takes care of me. I have people who are constantly firing me up to drink enough water. It’s about eating right, drinking enough water and being happy in general…surrounding yourself with positive, happy people,” she said.

As far as acting is concerned, she will be seen next in Raanjhanaa, Bhaag Mikha Bhaag, Khoobsurat’s remake and YRF’s untitled film and says her endeavour is to be different on the screen.

“Raanjhanaa is a very real character. She is a serious person. I don’t think any character I’m playing right now has been similar to the characters that I’ve played before. The characters that I have in Raanjhanaa, Bhaag Milkha Bhaag, Khoobsurat and YRF’s untitled film, all are very different. They are about girls with incredibly different characters and journeys,” said Sonam.

Raanjhanaa will see her teaming up with southern star Dhanush. “I love Aishwarya and Dhanush. They are the most amazing couple. I can call Dhanush a really good friend now. He is so respectful and modest and an incredible actor,” she added.

Is Sonam ready to step into the southern film industry?

“I would love to do a southern film. I saw how tough it was for Dhanush, so I am a little scared about it though,” she said.