For a bacha of the Dilli gharan­a is it too experi­mental to depart from a centur­ies-old tradit­ion?
By Rafay Mahmood
Published: May 12, 2013
Tweet Email 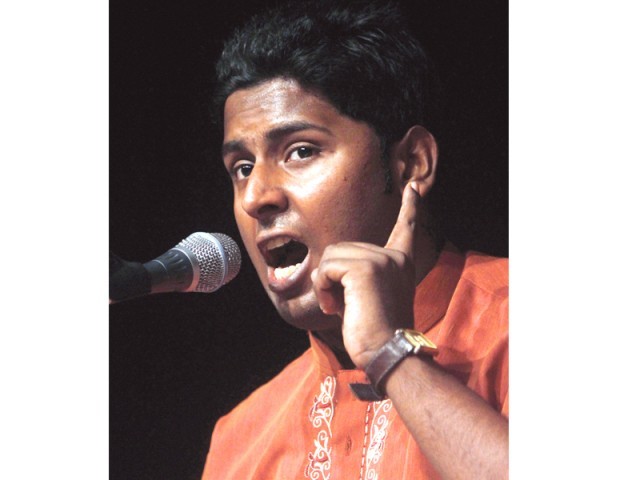 Three of our top picks on books and documentaries that bring you the mechanics, history and beauty of qawwali. PHOTO ATHAR HUSSAIN

Hamza Akram’s Qawwali-Rock ‘Sufystical’ fusion created with musician Ahsan Bari is an evolution of what Coke Studio producer Rohail Hyatt did with Fareed Ayaz and Abu Mohammad’s masterpieces such as Kangna. The difference between the two is subtle. Coke Studio kept the spotlight on the powerhouse vocals. On the other hand, in Sufystical, the qawwals are following the music, which makes it a contemporary take on a classical tradition. Add an immersive instrument such as the sarangi and a jazz element with the saxophone and you’ll get an amped-up form of Qawwali that is all about the groove.

Sufystical retains the spiritual content of Qawwali but with bass guitar, drums and keyboard added on, its Rock undertones are highlighted. Qawwali is so very rock-like — both genres are pegged to high notes and are sung loud.

The tricky part was merging the two styles that have originated far away from each other geographically, chronologically and philosophically. But in Ahsan Bari, Hamza Akram & Party had rock solid support. Bari was able to ensure the huge set of instruments complemented each other in numerous ensemble pieces but still maintained their individual presence.

For the smattering of head bangers in what was essentially an elderly audience at the Sufystical performance, it was Bari’s brilliant guitar solos and an experiment with Baloch rhythms that had everyone swaying. In particular, it was the polyrhythmic take on the popular Baloch folk tune Wash Mallay that garnered the most applause. It works particularly well with Qawwali because, according to Akhtar Chanal Zahri, the maestro behind Daanah pah Daanah all Baloch melodies are derived from the stroll of a camel and are thus based on a beat of six. Compare this to the Sindhi or Punjabi melodies which are based on the gallop of a horse or beat of four. A

Published in The Express Tribune, Sunday Magazine, May 12th, 2013.