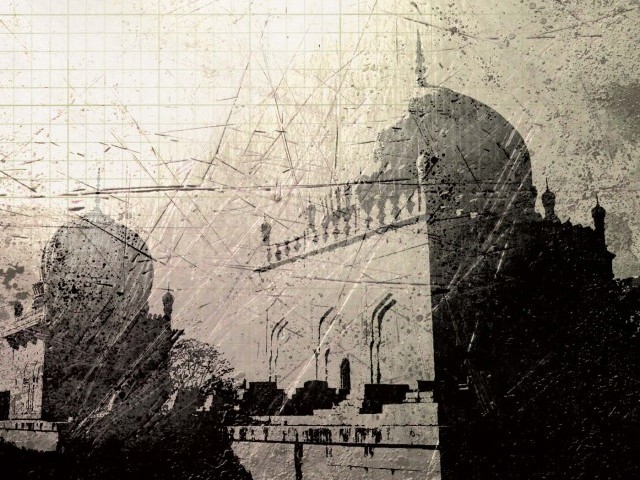 KARACHI: In the past five years alone, shrines have been blown up in Jhal Magsi and Hub in Balochistan, as well as in Peshawar, Lahore, Islamabad and Nowshera. Heightened security measures have been put into place at prominent shrines across the country, including Abdullah Shah Ghazi’s shrine in Karachi and Shah Rukne Alam in Multan.

One of the reasons cited for the number of attacks on shrines is the inspiration militant organisations have taken from different schools of religious thought.

Senator Maulana Gul Nasib of the Jamiat Ulema-e-Islam (F) says: “There is a minor difference between the Deobandis and Barelvis. Some agencies are working with a policy of divide and rule … we respect graves just as others do.”

Deobandi and Wahabi groups and political parties were strongly supported during General Ziaul Haq’s era, especially to counter what the regime thought were Iran-backed Shia groups, and this has provided impetus to militant groups attacking shrines.

Students of the Deobandi Darul Uloom Haqqania in Akhora Khattak (which is run by Maulana Samiul Haq, who heads his own faction of the Jamiat Ulema-e-Islam) have joined the Afghan Taliban and other militant organisations.

In her 2008 book Partisans of Allah – Jihad in South Asia, Ayesha Jalal wrote: “State support for Deobandis upset the sectarian balance in the country, where Barelvis represented by the Jamiat Ulema-e-Pakistan were in the majority. Before it became an assembly line supplying jihadists for America’s covert war in Afghanistan, Pakistan was a Barelvi-Deobandi state that subscribed to the Hanafi school of jurisprudence.”

Jalal notes that “an estimated 8,000 Taliban students from Deobandi madrassas in the North West Frontier Province (now Khyber-Pakhtunkhwa) and the Federally Administered Tribal Areas were dispatched to help the Taliban fight  against the Northern Alliance” after the Taliban took control of Afghanistan in 1996.

Pakistani governance and laws – particularly in religious matters – are more rooted in Deobandi ideology than in Barelvi, because Deobandi scholars such as Shabbir Ahmed Usmani had been key partners in the Pakistan Movement. Usmani also drafted the Objectives Resolution and Deobandi and Wahabi influence can be seen in the amendments made to the Constitution in General Ziaul Haq’s era.

While most analyses of Pakistan claim the country is Barelvi in majority, according to a 2005 report by the International Crisis Group: “The Deobandi and Ahle Hadith have made some inroads at the expense of the Barelvi sect, with the agents of ‘internal conversions’, including the Tableeghi Jamaat and Deobandi madrassa networks. Some Deobandi leaders now claim a majority; others, such as Ajmal Qadri, believe that the ‘Barelvi and Deobandi populations are now roughly equal’. Barelvis, whose shrine culture still dominates rural Punjab and Sindh, reject these claims.”

Barelvis’ belief in shrines stems from the assimilation of the subcontinent’s cultural and social values in the school of thought, including Sufi culture, zikr and qawwalis.

Historian Mubarak Ali says it is not possible to determine whether a shift has occurred; but he says a shift in thought can be seen in urban cities. “This is because only rich and educated people can afford to become Wahabis and live that colourless life,” he says. “Those in rural areas need the culture, they have nothing else.”

But in some parts of Pakistan, such as southern Punjab, there are now reportedly thrice as many Deobandi madrassas in the province in comparison to existing Barelvi ones, which show the mushrooming of Deobandi-inspired institutions that could breed a new generation of militants.