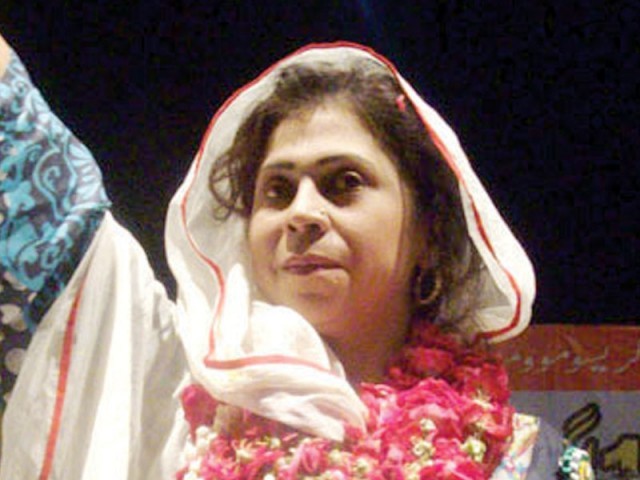 She ran for two National Assembly seats in the 2008 elections. She lost both. But she perseveres. Naila Joseph Dayal, a female Christian politician, is in the race again. She is contesting the 2013 elections from three constituencies, from the platform of Christian Progressive Movement (CPM), a party she founded seven years ago.

In these five years, however, things have gone from bad to worse for the Christian community. The 2009 Gojra massacre, the 2011 murder of federal minister for minorities Shahbaz Bhatti and the recent Joseph Colony arson have spurred fears among the community nationwide.

Dayal is aware of her own individuality and the change she wants to see in society.

“Women and Christians are both considered half-citizens in our country. Does that make me a quarter-citizen?” she asked, earnestly. Then, answered the question herself, “This is not the Pakistan Quaid-e-Azam Muhammad Ali Jinnah created. Women and religious minorities had equal status in the country he envisioned.”

She believes in the power of women to transform Pakistan. “The electorate needs women leaders,” she said. “Women are passionate about improving the living conditions of their communities. They are innate social activists.”

But every time the discussion moved to problems faced by the Christian community, Dayal deflected the talk to issues of national interests and constituency matters, which is no surprise given that her constituency, like the rest of the country, has Muslim majority. “I say that for every vote I get from a Christian, I have to get 20 votes from Muslims,” she said. Being a staunch believer in interfaith harmony, she is banking on CPM’s work for Muslim communities, to gain the support of the electorate.

She, however, unequivocally opposed 10 seats reserved for minorities in the National Assembly. “We are equal partners in the electoral process,” she said.

She is fine if people do not vote for Christian candidates – Dayal only secured less than one per cent of the votes polled in NA-48 (Islamabad) and NA-129 (Lahore) in the 2008 election – but said Christians should not be sidelined through the “cheap tactics of reserved seats.”

Only a ‘miracle’ can get her to win from Islamabad, she said, where she is pitted against veteran politicians. She is focusing on NA-127 where she believes she has a chance against candidates of mainstream political parties, most of whom did not contest the 2008 elections.

Campaign rules: Advertisements to be removed for non-payment