Minori­ties faced all kinds of violen­ce during the last five years. The questi­on is, will the future be any differ­ent?
By Our Correspondent
Published: May 4, 2013
Tweet Email 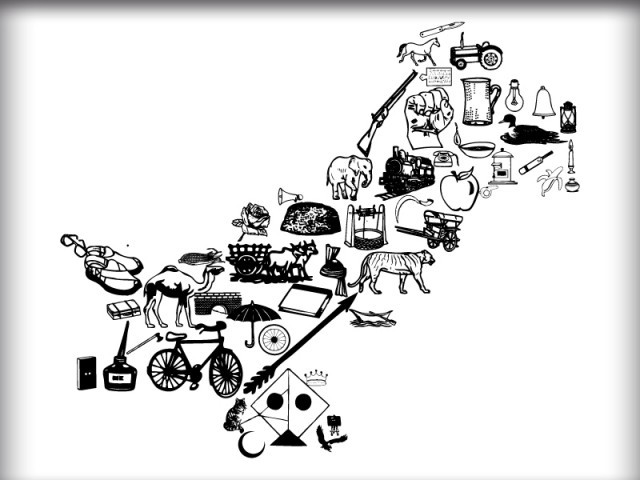 Many political parties, including ones with Islamic leanings, hold that plurality and equal opportunities for people of all faiths is essential for Pakistan.

Forced conversions, arson attacks, enforced displacements, blasphemy allegations, attacks on worship places and killings at the hands of religious extremists; minorities in Pakistan faced all kinds of violence during the last five years. The question is, will the future be any different?

The election manifestos of most mainstream political parties call for a more inclusive society. However, those of some religious groups contain provisions which may be understood as discriminatory, to say the least.

The Muttahida Deeni Muhaaz (MDM), an electoral alliance of five religious parties, states in its manifesto that the president, prime minister, chief justice and heads of other key offices in Pakistan should be male Sunni Muslim.

“Non-Muslims and apostates will be banned from public office jobs in Pakistan,” stipulates the MDM manifesto.

On the other hand, many political parties, including ones with Islamic leanings, hold that plurality and equal opportunities for people of all faiths is essential for Pakistan.

The Pakistan Peoples Party (PPP) says it will introduce laws to prevent forced conversions and also pledges to pay reparations to victims of religious violence, while also stepping up protection of places of worship.

It also promises to add one more seat in Parliament for Islamabad’s minorities and pledges to revive the National Commission on Minorities as a statutory body. Referring to Salmaan taseer and Shahbaz Bhatti as symbols of the party’s sacrifices for the cause of inclusiveness, it also says it will ask parliament to review constitutional clauses that discriminate on the basis of religion.

Jamaat-e-Islami (JI) promises provision of all constitutional rights and protection to minority communities. They say they will take special care of protecting places of worship and will compensate minorities for any discriminatory or unjust acts against them.

Minorities will be free to practice their respective religious rituals in line with their traditions and norms. The JI, in its manifesto, said that it would lay down easy and convenient procedures for minorities to vote and elect their representatives.

The PML-N also pledges to legislate against forced marriage and says that the National Day for Minorities will be celebrated to promote integration, brotherhood and harmony amongst all.

More practically, it also plans to double development funds earmarked for minorities and says will introduce quotas for minorities in educational institutes and public sector jobs. The Christian community will be permitted to run its own schools and colleges.

The PML-N also emphasized that it will expedite the passage of the Hindu Marriage Bill.

Jamiat-e-Ullema-e-Islam-Fazl (JUI-F), in its short 12-page manifesto was very brief on this issue. However, it said that all non-Muslims in the country will enjoy religious freedom, civil rights, and impartial opportunity equal access to justice.

Saying that it wants to implement Jinnah’s vision of the role of minorities, the PTI makes the claim that its entire manifesto deals with protection against discrimination of all kinds.

Due representation in all state institutions, access to equal economic opportunities and zero tolerance for any abuse or violence against any minority group were the PTI’s key promises to minorities. They say hate speech and inflammatory literature will be banned. Regarding the Ahmadi community, the PTI chief, in a statement, made clear that the 1973 provisions would not be repealed.

The ANP was short and to-the-point on the treatment of minorities. The ANP will continue efforts to repeal amendments made to the 1973 Constitution which relegate religious minorities to a secondary status, the party manifesto said. Incitement to violence against citizens of other ethnicities, faith and religions will be prohibited. The ANP manifesto stipulated that fusing religion with politics has strengthened and reinforced violent conflicts. “ANP will continue its struggle for a secular, democratic and pluralistic Pakistan with equal rights and opportunities for all citizens,” it added.

The MQM want to abolish the very use of the term ‘minorities’ and believes their representatives should be elected directly.

The MQM also aims to repeal all existing discriminatory laws against women and non-Muslims, along with providing full freedom of worship, employment and education.

Like the PTI, the Pakistan Muslim League-Quaid (PML-Q) also claims to follow Jinnah’s vision as far as minorities are concerned. The Q-League also shares some of the N-League’s manifesto ideas.

Besides providing all constitutional rights to minorities, they say all steps will be taken to stop misuse of the blasphemy law and all those found guilty of false accusations shall be punished.

PML-Q also promised that it would take steps to stop forced conversions lawfully, ban inflammatory literature, and abolish biased content from school syllabi. A Religious Minorities Bill will be introduced, which will advocate a 5 percent quota for minorities in government jobs.

Half of polling stations ‘sensitive’